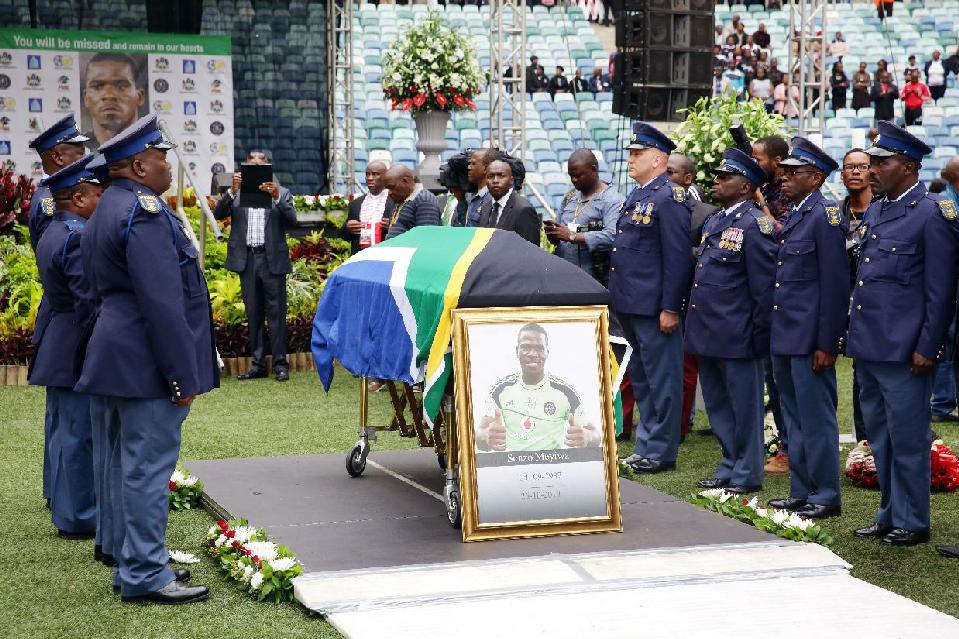 The murder of a South African football captain last week was a “robbery gone horribly wrong”, investigators said Monday, adding they were searching for other suspects involved in the crime.

Thirteen people have been questioned and one person has been arrested for the killing of Senzo Meyiwa, a 27-year-old goalkeeper who played for Bafana Bafana and top flight team Orlando Pirates.

Lieutenant-General Vineshkumar Moonoo told journalists they were confident that “the person we have charged was involved in the incident.”

Twenty-five year old Zenokuhle Mbatha was arrested in Vosloorus, south of Johannesburg, the same township where Meyiwa was gunned down by intruders while visiting his pop-star girlfriend.

Mbatha will make a second court appearance on Tuesday November 11.

Moonoo added that there were “two people who were directly involved in the accident.”

The suspects made off with a cell phone.

Police have offered a reward of 250,000 rand ($23,000) for any information leading to his killer’s arrest and conviction of the two suspects.

Local media reported that Meyiwa’s family have hired private investigators to conduct a parallel probe of the death.