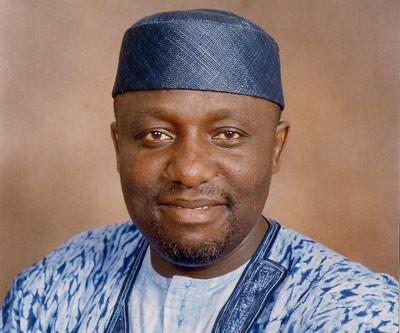 I know you are wondering what could be the tragedy of being Igbo. I like you to drop all sentiments and journey with me into the unfortunate world of the Igbo politician in Nigeria. When you take a good look at the other Geo-Political zones in Nigeria, you would find out that they all have living political pillars that their tribes or zones can rely on to defend and project their interests on national level either for selfish or collective interests . In the North you have strong political figures like Gowon, Buhari, Yusuf Maitama Sule, Ibrahim Babangida a.k.a IBB, Lawal Kaita, Atiku Abubakar, Abdusalami Abubakar, Adamu Ciroma, T.Y Danjuma, Lamido Sanusi, Babangida Aliyu etc. In the South West you have the likes of Wole Soyinka, Olusegun Obasanjo, Bola Tinubu, Governor Fashola etc. In the South South there are the likes of Edwin Clark, Tam David-West, Asari Dokubo (sad as it is) etc. But just turn to the South East, nobody! What you find is a zone divided against itself, a desert of crusaders. A race too afraid to be led. A people without a collective vision.

The question is how did the Northerners get to where they are? They grabbed power and made good use it by empowering their brothers. People from the South West grabbed the power of education and swiftly rose up the ladder. The Igbos have been backwards politically because they are not united, they don’t have respect for a united front and a mouth piece rather they believe money can buy you whatever you want. They forget that one policy from Aso Rock can run the whole Easterners out of business.

We all know that Governor Okorocha will not emerge as APC’s presidential candidate but he has a huge chance to be a running mate. If the APC picks General Buhari as its presidential candidate since its been zoned to the north and wants to respect Olusegun Obasanjo’s warning not to toy with a Muslim-Muslim ticket then something good might fall on Okorocha’s laps. How you may want to ask. If they go for a Muslim-Christian ticket that means Governor Fashola is out of the picture. Now Buhari is strong in the north and with Tinubu’s South West machinery he will be fine in the South West. Jonathan on the other hand is very strong in the South East and South South. The battle for APC if they want to be the occupants of Aso Rock in 2015 is in South South and South East. To neutralize Jonathan’s grip on those political zones it will be wise to pick a Christian Vice Presidential candidate from either South South or South East.

The options in the South South are Governors Rotimi Amaechi and Adams Oshiomhole, pick one and you are cool and if you don’t , they will deliver at least two states from the South South . The question here is, why would South South people vote out their own who is already number one for another who might be number two? … That is the decider. In the South East, Governor Rochas Okorocha is the major force and with his charming charisma and oratory power he will make an impact in the South East. He also has northern friends having grown up there.

But the problem Governor Rochas Okorocha is going to face come 2015 is his own people! The Igbos most times prefer to empower a stranger to joining hands to create the new face of the Igbo race. Since Ojukwu died, Igbos have not been able to present a new strong voice for the tribe. Whose opinion counts in the South East today? Who will speak now and Nigerians will feel the echo of the Igbos? What we have are impotent figures who are busy trying to kiss the ass of whoever is in Aso Rock and wealthy men who have neglected their home.

Unlike the northerners who can unite and vote in their own, the Igbos would rather see a brother in Jonathan and since politics is a game of numbers, they will strengthen his grip on the foundation of Aso Rock and shatter the dream of an Igbo man getting close to the position of the number one citizen of Nigeria.

It is in times like this that you cherish the memories of Chuba Okadigbo and the Ojukwus of this world. RIP men who lived for something.