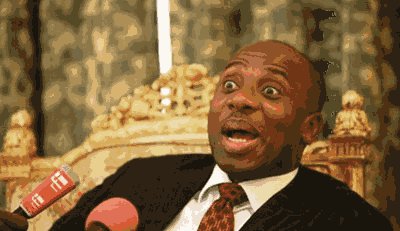 The Judiciary is the bastion of democracy and the fortress of the common man. The temple of justice is a sanctum of protection for the weak and the oppressed. In the absence of Justice, peace is threatened but when justice is served, peace and harmony is advanced.

This important arm of government in Rivers State has been paralyzed for over six months. Court rooms have been shut, justice has been placed on hold and the masses have been suffering with no hope in sight as to when this impasse will be resolved.

The latest attempt to find a solution to a crisis that is threatening the foundation of democracy in Rivers State, which was the meeting between the Governor and the State NBA, ended in a deadlock. No society can survive in the absence of justice and Rivers is not an exception. Hundreds of families have been consigned to the dustbin of economic hardship because of this imbroglio. Governor Amechi alluded to this sad reality when he divulged to the befuddled learned professionals in their meeting, that one of their colleagues ran to him for help because he could not pay a paltry #10,000 naira for his pregnant wife’s hospital bill, because the young lawyer has been out of job since the courts closed down.

One can only imagine the agony of the litigating public that have had to endure untold hardship these past months waiting for their cases to be heard or lawyers that can no longer cater for their families since their means of livelihood has been shut down. Only the prisons can tell us the number of inmates that have been confined in their cells on the awaiting trial list, because the courts have not been sitting. Simple misunderstanding and minor scuffles that the law can handle with fairness may have transmogrified to major crisis in some parts of the State, as people now resort to self-help in the absence of the scale of Justice.

At the heart of this crisis is the quarrel over who should rightly become the Chief Judge of the state. This simple matter of transition would not have been an issue if not for the penchant of leaders in our clime to politicize every issue. The constitution is explicit and unambiguous on the process for appointing a Chief Judge. Section 271(1) of the 1999 constitution empowers the Governor to appoint the Chief Judge but on the recommendation of the NJC, which must be vetted by the House of Assembly. Section 271(3) stipulates the qualification for eligibility for the CJ position which is 10 years. While Justice P.N Agumagu is qualified to hold the office of the CJ having spent over ten years in the bench, the NJC feels and rightly so, that the Noble Judge cannot become the Chief Judge of the High court since he is of the customary court. While section 271 deals with the jurisdiction of the high court, section 281 deals with the jurisdiction of the customary court. The NJC rejected the choice of Justice P.N Agumagu and went ahead to recommend the appointment of Justice Daisy Okocha of the State High court who incidentally is the second name on the list sent to the NJC by the Governor.

Whatever is the case and pending when this issue is resolved, this present crisis would have been needless if the provision of 271(4) is adhered to. It states “If the office of the Chief Judge of a state is vacant or if the person holding the office is for any reason unable to perform the functions of the office, then until a person is appointed to and has assumed the functions of that office, or until the person holding the office has resumed those functions, the Governor of the state shall appoint the most senior Judge of the High Court to perform those functions”. Only the Governor can explain why he prefers to watch his people suffer instead of obeying the simple dictates of the constitution.

The overreaching quest to control the judiciary which ordinarily should be an independent institution is the foremost reason why this crisis has lingered. The fear that if the Judiciary falls into the hands of agents opposed to the Governor and government of Rivers State is the only reason why Justice Daisy Okocha has not been sworn in as the acting Chief Judge of Rivers State. It is very disturbing that an important arm of government is being systematically destroyed because of a dirty power struggle.

What is more, the present government has few months to go but the consequences of this debacle may resonate for many more years to come. The Governor who himself is a product of a fearless and courageous judiciary should understand the imperative of this arm of government and in fact should be at the forefront of strengthening this institution and shielding it from interference. This writer believes that as a progressive, the performing Governor of Rivers state should place the interest of the people far above his personal interest and any private political fight he has elected to engage in.

Justice has been delayed for too long. Enough!