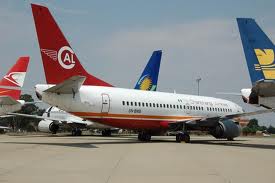 Report just reaching us from the Yola International Airport say, people are “codedly” leaving Yola, the capital of Adamawa.

A reliable source revealed to Omojuwa.com that someone brought in a long list, containing the names of potential passengers to book flight tickets, claiming they are going on a family vacation. That the person insisted on leaving Yola, Saturday, when he was told that there was no available fight till Tuesday; adding that he became furious and told the flight attendants to look for any available flight space as soon as possible.

Sources also reveal that there is serious tension in Yola this Saturday morning, as people are afraid of the rumoured boko haram threat of invading Yola tomorrow, Sunday.

We have been told that the airport is packed with people rushing to find the fastest shuttle out of Yola.