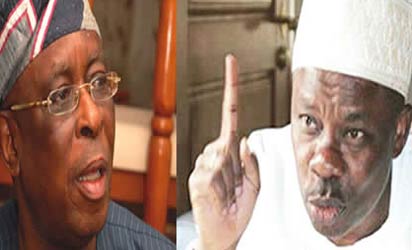 The Social Democratic Party, SDP, the party to which ex-governor Segun Osoba and his supporters now belong may have chosen a kinsman of the incumbent governor, Senator Ibikunle Amosun as it’s governorship candidate ahead of the 2015 election.

The indication emerged following the claim by the Senator representing Ogun Central Senatorial district, Gbenga Obadara that his new party, SDP, has adopted him as the governorship candidate for the coming election.

Obadara, also Egba from Odeda was elected senator in 2011 on the platform of the defunct Action Congress of Nigeria, ACN, which has now transformed to All Progressives Congress, APC.