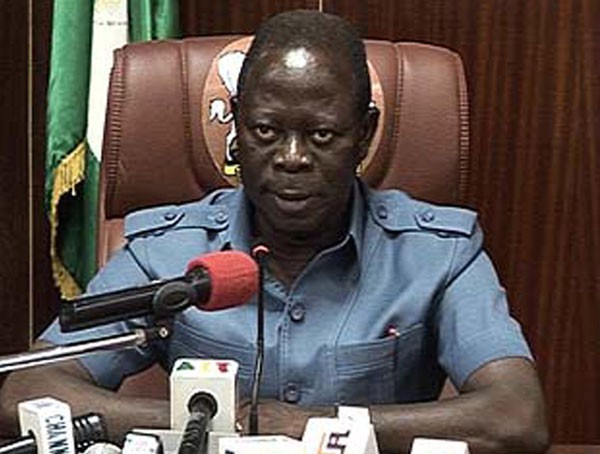 ON November 12, 2008, Adams Eric Aliyu Oshiomhole, was sworn in as Governor of Edo State. It was a special moment for the state and its people for several reasons. Remarkably, it was the culmination of the resilience of the people, who voted and stood by him when anti-democratic forces tried to rob him of the mandate they gave willingly to him, and the judiciary that resisted machinations of the powers-that-be to give a verdict in favour of a popular choice.

The nation became better for it as the judiciary stood resolute on the side of the people. In addition, it was a turning point for the entire state as it marked the beginning of what is now popularly referred to as the ‘new narrative’.

While making the solemn pledge to turn the state around like never before, he underscored his desire to be a people’s governor by seeking their consent to be referred to as “Comrade- Governor.”

Uniquely, his pledge was an unambiguous desire to give the state a fresh breath in terms of people-oriented, physically verifiable development projects that will stand the test of time. The pledge became necessary because the supposedly democratic administrations before him ruined and wrecked the state economy without any attempt to upgrade basic public infrastructure on the pretext that the state had no money.

A few years into his administration, Oshiomhole eroded the ‘no-money’ myth by proving to be a man of his words. Decades after the historic performance left by Dr Samuel Osaigbovo Ogbemudia, who, as military administrator of old Bendel State, left a telling record of infrastructural development, Oshiomhole recreated that long gone era as structures, after hope-rising structures began to fill available spaces in all the nooks and crannies of the state. It was not a surprise that the people decided to give a unanimous second term endorsement in all 18 local government areas despite subterranean sabotage by those put to shame by his performance.

Importantly, Oshiomhole was not given an unassailable second term approval by the people on flimsy grounds. Between his inauguration and the end of his first term, they witnessed an unprecedented, self-evident and widespread development projects spread across every sector, including economy, education, works, health, environment/public utilities, etc, in every senatorial zone, every local government area and every town. With him, the people became convinced that the state had truly become a very positive new narrative.

Before the coming of his administration, Edo State economy was in ruins. Though oil revenue was high, the greater part of whatever accrued from it found its way into the pockets of those elected by the people. It didn’t matter to them that the people they represented suffered. For instance, roads and public schools became so wrecked that an urgent surgical revival was needed to avert total collapse. Midway into the administration, roads in the city centre, including Akpakpava, Five Junction, Mission, Airport, Sapele roads, etc, became self-evident proofs that the administration meant business. Further from the capital, there are too many to be mentioned here. In addition, the administration embarked on a deliberate renovation and reconstruction of public schools, public health institutions and streets, designed and completed with covered drains, walkways, street lights, etc, also in all the 18 local government areas. The health sector witnessed the same level of turn around.

Remarkably, the administration kept the momentum despite dwindling returns from federation allocations and internally generated revenue.

With the accruing monthly allocations from the federation on the decline, from N3.8 billion to N2.8 billion, the administration took to the internally generated revenue option which moved up from its less-than-N300 million revenue before the advent of the administration to its present status of between N1.4 billion to N1.5 billion. Yet, Benin City, the state capital is about the cleanest compared to some of its neighbours with over N10 billion monthly federation account allocation.

In the education sector, the new narrative is known as the red roof revolution. Public schools in the state only compared with poultry farms before the advent of the Oshiomhole administration. At best, most of them had no roofs, making teaching and learning near impossible tasks during rainy seasons.

All that has changed as the administration went on a deliberate education rebirth policy that resulted in the rehabilitation of old and construction of new school buildings, complete with red roofs and every other facility necessary for conducive environment for learning. The new structures are found in all the 192 wards of the state. Education is not only free for both primary and secondary schools, the administration also made transportation free for all uniformed children both in private or public schools riding on the Comrade buses.

Definitely, Edo State ranks as one of the state with the best network of roads. However, they were hardly motorable until the current administration took effect. Since then, things changed for the better as roads from the capital down to the local governments have become a beauty to behold in terms of their look and functionality.

Oshiomhole has taken upon himself some ambitiously near impossible tasks and turned them around. The Azura/Edo Independent Power Project and Edo Water Storm project are obvious examples. The former is a $100 million project and the first Nigerian power project to benefit from the World Bank’s risk guarantee status, covered by the global bank’s Partial Risk Guarantee structure for developing needs of emerging global markets. It is very credible evidence that the state is a viable centre for global investment hob.

The latter is a vast labyrinth of huge drainage system under construction to serve as a permanent solution of the endemic drainage challenge in the state capital.

It is designed to empty the water deluge from all over the city to either the Ogba or Ikpoba River.

For all his efforts, the Benin crown prince, Eheneden Erediauwa, described Oshiomhole’s performance in the following words. “I don’t know of any governor that has developed Edo state in terms of infrastructure as Oshiomhole.”