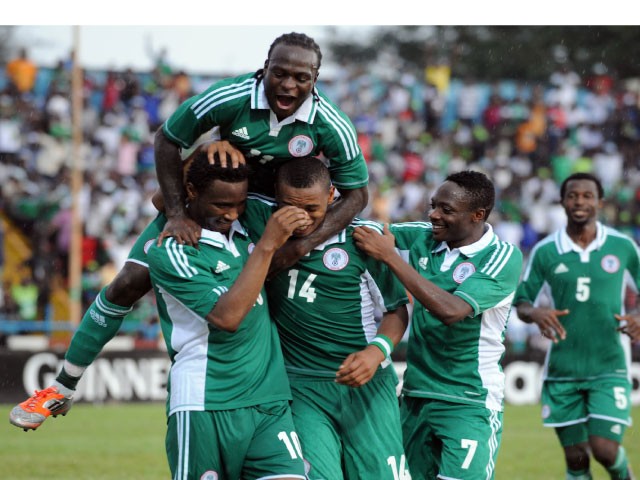 The Akwa Ibom International Stadium will play host to the 11th meeting between Nigeria and South Africa. The local support will hope it follows the trend of the majority of the others: only once has Bafana Bafana beaten the Super Eagles in the previous ten encounters. Not that anyone can afford to take a win for granted though.

Stephen Keshi had a straightforward task coming into this international week: beat Congo by (at least) two goals and equal the Red Devils’ result on the final matchday against Sudan. Half the job is done, it was nervy and heart-stopping at numerous points, but the African champions seized their moments and made important switches to turn the game.

Once the relief and euphoria of that result dissipated, focus turned quickly to the unbeaten group leaders. Shakes Mashaba’s side have looked impressive in qualifying, 11 points out of 15 available and just the one goal conceded.

Any suggestion that Bafana Bafana might take their foot off the gas is quickly dispelled by the determination Mashaba has to end South Africa’s risible record against the Super Eagles. The 64-year-old is well aware that a win over Nigeria will conclusively win over the few critics that remain, and legitimize his long-term project.

“I know people will think it is going to be a walkover; no we are going to put our best team,” said the former U-23 gaffer to Kick Off, “it is more than three points that is at stake when we go to Nigeria.”

His ‘best team’ will likely be the same 11 that overcame a stubborn Sudan in Durban, skippered by the impressive Dean Furman, who surely will not be turning out for Doncaster Rovers much longer. His partnership with Andile Jali at the base of midfield has been key to South Africa’s defensive excellence so far.

Oupa Manyisa came into the side on Saturday and was brilliant, threatening with his ball skills and movement. In him and Thulani Serero, Bafana Bafana have enough creativity and flair to cause Nigeria problems between the lines.