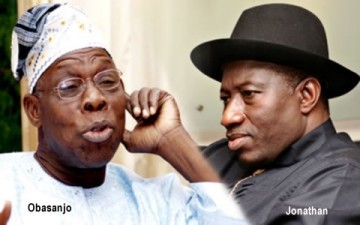 Former President Obasanjo Calls National Assembly “Assembly Of Thieves And Looters”. He did this while speaking at the public presentation of the autobiography of Justice Mustapha Akanbi, in Abuja yesterday 26th November. Former President Obasanjo said quite a few things regarding the national assembly and his opinions about the members of the assembly. Here are some excerpts from what he said at the presentation below:

“Apart from shrouding the remunerations of the National Assembly in opaqueness and without transparency, they indulge in extorting money from departments, contractors and ministries in two ways”

“They do so during visits to their projects and programmes and in the process of budget approval when they build up budgets for ministries and departments, who agree to give it back to them in contracts that they do not execute. They do similar things during their inquiries.”

“Corruption in the National Assembly also includes what they call constituency projects which they give to their agents to execute but invariably, full payment is made with little or no job done. In all this, if the executive is not absolutely above board, the offending members of the National Assembly resort to subtle or open threat, intimidation and blackmail. When the executive pay the huge money, normally in millions of dollars, all is quiet in form of whitewashed reports that fail to deal effectively with the issues investigated.”

“When the guard is the thief, only God can keep the house safe and secure. But I am optimistic that sooner than later, we will overcome. God will give us guards of integrity and honesty with the fear of God and genuine love of their people and their country”

“Today, there is no institution of government that is not riddled with corruption, not even the military. As the people cry out, where then is the salvation.” Obasanjo said