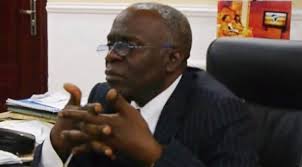 A Senior Advocate of Nigeria, Mr. Femi Falana, has lambasted political leaders in the country for the loss of thousands of lives to Boko Haram sect.

Falana said the leaders promoted religion to the detriment of the unity of the people.

Falana spoke on Wednesday at the 7th edition of Emeritus Prof. David Ijalaiye (SAN) and celebration of his 50th year anniversary at bar and academics.

The programme was organised by Equity Chambers of Obafemi Awolowo University, Ile –Ife, with Justice Amina Augie chairing the occasion.

Falana cited the building of mosque and church at the Aso Rock Presidential Villa and sponsorship of pilgrims to holy lands by governments at all levels as the root of religious division in the country.

He said, “Boko Haram is fighting and Nigeria is not responding. If we were still under military rule, I would have suspected a sabotage. The problem of Boko Haram is the cause of both Muslims and Christians. We have allowed religion to outshine our reasoning and we now base our fairness on religious ground. There is no law that states that government shall sponsor anybody for religious purposes.