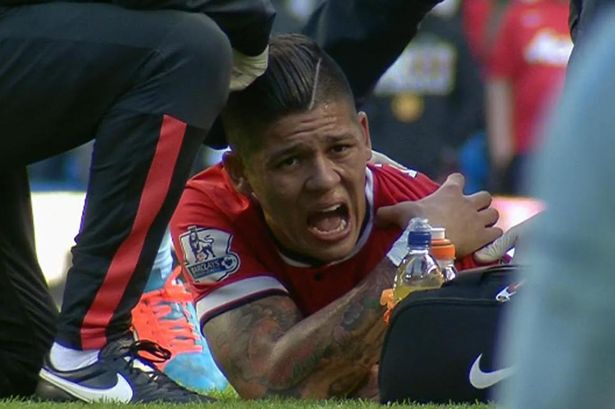 Manchester United boss Louis van Gaal has confirmed defender Marcos Rojo dislocated his shoulder during Sunday’s 1-0 derby defeat to Manchester City.Rojo had to be stretchered off in the second half following a sliding tackle and was replaced by Paddy McNair.

“The shoulder is out, you never know how long that will take, I have to wait until tomorrow I think but he shall not play against Crystal Palace,” he told Sky Sports. “We have a lot of injuries in defence but you have seen how Michael Carrick and Paddy McNair came in. I don’t think that is the problem.