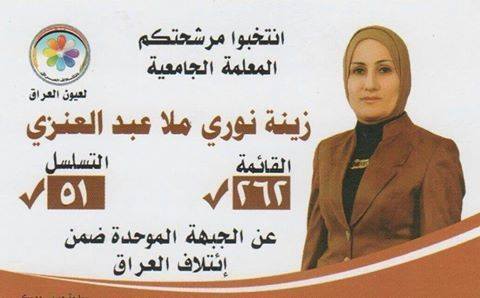 ISIS militants have executed two female parliamentary candidates in the Iraqi city of Mosul under their control. The two former candidates for the Iraqi parliament were killed in the Faisalya area of central Mosul on Tuesday, said a top Kurdistan Democratic Party (KDP) official in the area.

“ISIS gunmen executed two former female candidates in Mosul after the (so-called) Sharia court issued death sentences on them,” said Saad Mamuzin, the head of the KDP’s Mosul branch. “One of the candidates was Ibtisam Ali Jarjis on the Watanya list, and the second one was Miran Ghazi a candidate for the Arab list,” he noted.

Three months ago, the two women had repented in a mosque captured by ISIS in order to survive an execution yet the Takfiris overruled their repentance and arrested them about three weeks ago, he added.