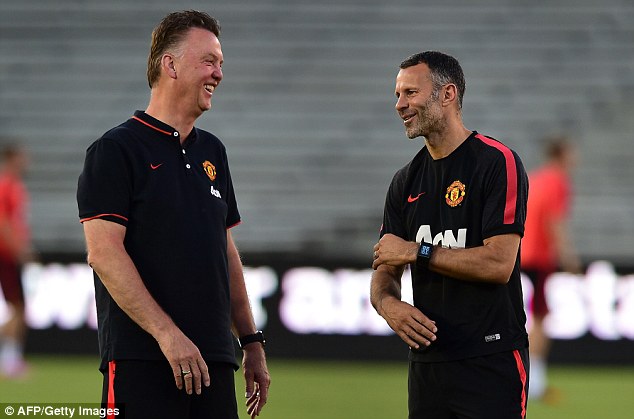 Ryan Giggs says he is open to the possibility of leaving Manchester United in order to further his coaching career.

The Welshman has become synonymous with United since making his debut in 1991, and is the club’s record appearance maker with 963.

Following the departure of David Moyes towards the end of last season, Giggs even took over the management reigns in a caretaker role for four matches, winning two with one defeat and one draw.

The 40-year-old retired from playing at the conclusion of that campaign, and is now assistant coach to Louis van Gaal at Old Trafford.

Many believe Giggs is being groomed as Van Gaal’s successor to the post, but the man himself is unwilling to rule out the possibility of cutting his managerial teeth elsewhere.

“I’ve been at the club for so long that I’m familiar with the club but if I want to further my coaching career or managing career and if it’s not at Manchester United then so be it – but I’ll just have to wait and see,” Giggs told Sky Sports.

Focusing on the present, Giggs insists that despite his brief experience in the managerial hotseat at the end of last season, he has no designs on Van Gaal’s position in the foreseeable future.

“I’m learning all the time,” he told talkSPORT. “The more I learn the better prepared I am for whatever I do, wherever that may be.

“Taking over at Manchester United is not something I’m thinking of though. I loved the experience last season, it was the best ever.

“You can do all the coaching badges and leadership stuff but actually being there for three weeks was invaluable. I’m serving my apprenticeship again.”