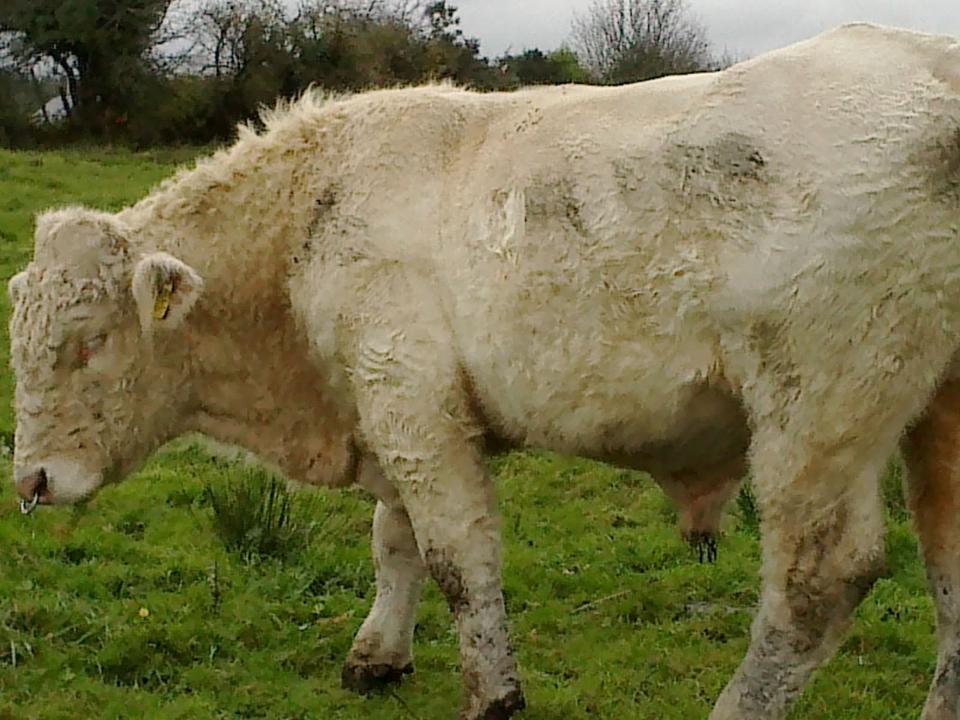 Benjy, a Charlerois bull, failed this year to impregnate any heifers at a County Mayo farm in western Ireland. Veterinarians determined he was fertile, but was more attracted to the bull that replaced him.

After the farmer announced he planned to send Benjy to an abattoir, activists last week launched a social media campaign seeking 5,000 pounds ($7,825) to send the bull to the Hillside Animal Sanctuary in Norfolk, England, which is home for about 2,000 unwanted farm animals and horses. About 300 donors contributed 4,000 British pounds ($6,200) to an ongoing fundraising drive organized by the British online magazine TheGayUK.

He faced execution for failure to perform. But Benjy, the gay bull of Ireland, has been saved following a worldwide appeal backed by “The Simpsons” co-creator Sam Simon.

Ireland’s Animal Rights Action Network said Tuesday that Simon is paying for Benjy’s transportation to an animal sanctuary in England. Simon, who is battling colon cancer, has been giving away much of the fortune from his television career and is a leading donor to animal welfare causes.

Simon, who funds a Malibu dog shelter and many other animal rights projects, said he heard about Benjy’s case through friends at the People for the Ethical Treatment of Animals pressure group. He said he was happy to donate the full original cash target to buy Benjy and ship him to England.

“All animals have a dire destiny in the meat trade, but to kill this bull because he’s gay would’ve been a double tragedy,” Simon said in a statement. “It thrills me to help PETA and ARAN make Benjy’s fate a sanctuary rather than a sandwich.”

ARAN campaigns director John Carmody said Simon and other donors were buying the bull “a one-way ticket to freedom.”