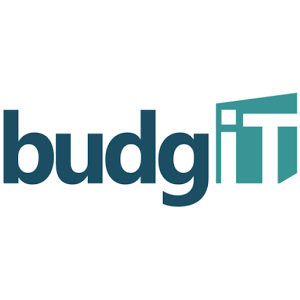 The reformed public procurement process in Nigeria requires that contracts for the delivery of public services are given to people with the requisite skills to perform these contracts at a cost that is commensurate to the service to be provided. This forms the basis for making procurement processes competitive so that public institutions with a mandate to provide public services have the opportunity to choose the best set of skills at the least cost that would sufficiently address the public need identified. Once competence does not form the basis for selecting contractors, the tendency is that Nigerians would not get the best public services money can buy. Ensuring that competition thrives in the ultimate delivery of public services ought to be sacrosanct; and a key enabler of competition is a system that is open to scrutiny.

It is remarkable that some public institutions have recognized their duty to inform people about public finance processes taking place. The Ministry of Finance for example, has ensured that information on the budget is available online whilst the Bureau of Public Procurement releases weekly publications of contracts approved by the Federal Executive Council for award. The standard of making finance information available however, is a duty that needs to be made operable service wide and not just limited to a few institutions. To illustrate this point, in July, 2013, the Bureau of Public Procurement publicized the approval by the Federal Executive Council of an awarded contract for the provision of legal advisory services for Electricity Bulk trading. The approved contract was awarded by the Federal Ministry of Power to Messrs G. Elias and Co and Hunton and Williams LLP for the duration of 12 months at a sum of over 1.6 million USD. Unable to grasp the benefit of this contract to electricity supply in Nigeria from the project title alone, procurement monitors have sought to find out from the Ministry of Power the details of this awarded contract. Till date, this information has not been obtained.
It is not acceptable that the details of a power sector consultancy contract that is over 1.6 million US dollars is unavailable for the public to scrutinize. When public institutions are unable to account for public expenditure, they cast aspersions in the minds of Nigerians on the efficacy of public sector reforms within their purview. Why is the contract nowhere to be found if it was awarded? How do we measure delivery if the contract which guides its execution is not available within any of the public institutions involved? The first request for information for the earlier mentioned power sector contract was made to the Ministry of Power, who informed procurement monitors that the information was with Nigerian Bulk Electricity Trading PLC (NBET); NBET responded that the procurement and contract records are in the custody of the Bureau of Public Enterprise. The Bureau of Public Enterprises did not provide a response; yet the contract has been awarded and one of these public institutions is responsible for ensuring its execution. If indeed, no one is in custody of the contracting documents, it would mean that public institutions are groping in the dark. These questions also apply to several constituency projects that citizen monitors are now following and since all these directly impact on the quality of public services, it is time a mechanism is deployed where the stages from project conception to final contract execution and delivery can be closely followed by all interested persons. That way, we can have confidence that our Government is working for our good.
Although the sum of awarded contracts such as the one being discussed may be in the public domain, the figure in itself is clearly not enough to scrutinize the entire process; in fact having only the contract figure available could form the basis for a greater rumour mill where public institutions dispute the amount of budget releases without providing any documentation on such releases or the lack of it. For example, When the former Governor of the Central Bank disclosed that 20 Billion Dollars was unaccounted for from NNPC, the Ministry of Finance released a contrary figure and the NNPC also cried wolf; all of these were done on the pages of Newspapers without any means for Nigerians to verify what part of the story rang true or false. On a smaller scale that is just as important, similar is being played out when procurement monitors ask for details of constituency projects. The representatives of the National Assembly and the Executive branch of Government give conflicting views of budget implementation whilst the constituents see little or nothing on ground. It is time that Nigeria gives more attention to ensuring that information on the delivery of public services is synced across all players; within and outside of Government; a process called Open Contracting.
Open contracting advocates for all stages that lead to public service delivery to be exposed to scrutiny subject to narrowly defined exceptions. Open contracting also advocates that such routine information ought not be requested for but made readily available through multiple channels so that as much as it is possible, we know where responsibility for the success or failure of public projects fall.
Every stakeholder willing to participate in providing public services needs to be ready for their processes to be scrutinized or they should step aside from the public space. Procurement monitors would not inquire about private contracts carried out by two private individuals. Procurement monitors would however, keep striving to ensure that every Nigerian knows how much is budgeted for a particular project, how much has been released, who the contract has been awarded to, the specifications of that contract, the duration for completing the contract and the quality of service that is expected to be enjoyed at the end of contract execution. We invite all stakeholders to be a part of this project and ensure that open contracting is the state of affairs in Nigeria.
Seember Nyager is co-coordinator for the #GoingLocal project implemented by BudGIT Information Technology Network and the Public & Private Development Centre with support from Omidyar Network.
Follow Procurement monitors on twitter @ppmonitorNG