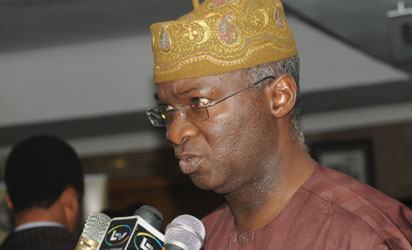 Governor Babatunde Fashola of Lagos State, yesterday, described the 4.8 million registered voters figure for Lagos State by the Independent National Electoral Commission, INEC, as questionable even as the electoral body is set to distribute Permanent Voters’ Cards, PVCs, to that number of people in the State starting from Friday, November 7 to 9, 2014,

The Resident Electoral Commissioner of INEC in the state, Dr. Adekunle Ogunmola, had on October 29, announced the commission’s decision

Fashola also described the figure as an attempt to disenfranchise majority of Lagos electorate in the forthcoming 2015 general elections as it showed a shortfall of 1,447,845 to the previously released 6,247,845 registered voters announced by INEC in the registration exercise before the 2011 elections.