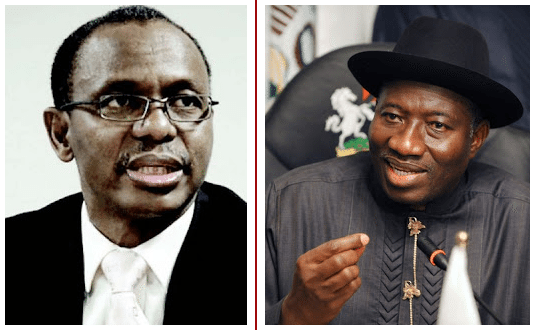 Former Minister of the Federal Capital Territory, Abuja and Kaduna state governorship aspirant of the All Progressive Congress, APC, Mallam Nasir El-Rufai has mocked Goodluck Jonathan led Federal government handling of insurgency in the Northern part of the country.

The social media critic posted a cartoon titled ‘Litany of confusion’ on his twitter handle, @elrufai, lambasting the series of confusion in the handling of the dreaded boko haram insurgents that has killed more than ten thousand Nigerians, taken over towns in some states in Northern Nigeria and kidnapped school’s children.

He made reference to the purported ceasefire agreement which was denied by the leaders of boko haram, the abduction of policemen in Gwoza, the $1 billion loan to fight boko haram and the death of Shekau among others.

See the cartoon below: 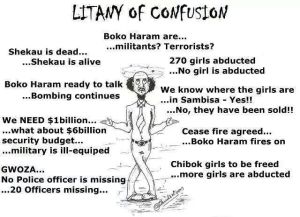