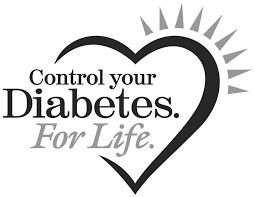 Diabetes: Any disorder of metabolism causing excessive thirst and production of large volumes of urine.

Diabetes has over the years cut short the lives of millions of people around the world, especially in countries where the awareness level of its danger is quite low. (In 2002, the direct medical expenditure for diabetes was $91.8billion – an indication of how serious tackling diabetes is). In Nigeria for instance, diabetic symptoms are often times said to be attacks from witches and wizards, thus instead of seeking medical advise, prayers(only) are offered resulting in the death of the diabetic patient.

Diabetes can be traced to a variety of factors which include: Overweight,Obesity,Physical Inactivity and Pregnancy(Gestational Diabetes); but as the American Diabetes Association put it, diabetes “continues to be a mystery”.

HOW PHYSICAL INACTIVITY,OVERWEIGHT AND OBESITY LEAD TO DIABETES. The pancreas secretes insulin which takes sugar from the blood to the cells. Under normal circumstances, sugar meant for the blood streams go right into the cells of the body – insulin ‘opens the door’ of the cell to allow sugar inside before ‘closing the door’. With increase in fatty diets this pathway is blocked; sugar begins to build up in the blood unable to enter the cell(because the channel it passes through is blocked). A person with ‘normal’ weight will produce the right amount of insulin for their body weight. A slight increase in body weight can result in the blockage of insulin intake by the cells. The pancreas will then respond to this anomaly by producing more insulin, thus over-working itself. Some individuals can move around for years with an overworked pancreas without being diabetic, but after a while the pancreas gets tired – unable to keep up with the “unnaturally high demand of insulin, which it cannot maintain for the rest of its life; it begins producing only twice as much insulin as a normal person would need, which becomes inadequate because of the extra weight gained”. Heightened insulin in overweight and obese people is a high risk factor for heart attack, which is sometimes the first symptom of diabetes.

Diabetes Melitus(DM): is a disorder of carbohydrate metabolism in which sugars in the body are not oxidized to produce energy due to the lack of the pancreatic hormone – Insulin. The accumulation of sugars lead to its appearance in the blood(hyperglycaemia),then in urine; thirst,loss of weight and excessive production of urine are the major symptoms. Use of fats as an alternative source of energy leads to the disturbance of both the acid-base balance and ketosis(raised levels of ketone bodies in the body tissues,resulting from an imbalance in fat metabolism)resulting in diabetic coma.
TYPE 1, usually starts during childhood/adolescence. Patients are entirely dependent on injection of insulin for survival.
TYPE 2, the pancreas retains some ability to produce insulin, but not enough for the body’s needs. In some instances, the body becomes resistant to the effects of insulin, in this case oral hypoglycaemic drugs may be required. This type of diabetics usually occurs after the age of 40 but a rare form, Maturity-onset diabetics of the young(MODY) develops in people under 25.
GESTATIONAL DIABETICS MELITUS(imparied glucose tolerance) is usually diagnosed during pregnancy. Almost all women have some degree of impaired glucose intolerance as a result of hormonal changes that occur during pregnancy. Increased levels of certain hormones made in the placenta (the organ that connects the baby by the umbilical cord to the uterus) help shift nutrients from the mother to the developing fetus,during pregnancy. Other hormones are also produced by the placenta to help prevent the mother from developing low blood sugar. They work by resisting the actions of insulin. Over the course of the pregnancy, these hormones lead to progressive impaired glucose intolerance (higher blood sugar levels). In trying to decrease blood sugar levels, the body makes more insulin to get glucose into cells to be used for energy. Normally the mother’s pancreas is able to produce more insulin (three times the normal) to overcome the effect of the pregnancy hormones on blood sugar levels. If the pancreas cannot produce enough insulin, blood sugar levels will rise, resulting in gestational diabetes which might result in a miscarriage or birth defects that may affect major organs like the brain and heart of the baby.(N/B: several factors, including obesity are responsible for gestational diabetes).
DIABETES INSIPIDUS, is a rare form of diabetics that is caused by the deficiency of the pituitary hormone – vasopressin(which is an antidiuretic hormone)

PREVENTION AND CONTROL OF DIABETES: Lack of awareness about diabetes combined with insufficient access to proper health care services can lead to various complications like blindness, kidney failure and amputation. The first step to prevent and control diabetes is screening.
At least 30 minutes of moderate-intensity physical activity on most days, coupled with a healthy diet can help reduce the risk of diabetes. Weight loss is equally very important in the prevention/control of diabetes, the fatter you are,the greater the risk of developing diabetes along with its complications. A ‘normal’ body weight helps lower blood sugar as well as blood pressure and cholesterol. (N/B: not all body fat is created equal). Those with weight around the abdomen are at a higher risk as opposed to those with weight around the hips and thighs. ‘Apple’ shaped people are at more risk than ‘pear’ shaped people(‘pears’ store most of their fat close to their skin, while ‘apples’ store weight around their middle – surrounding the abdominal organs). Studies have shown that waist size is a better predictor of diabetes risk than BMI(Body Mass Index). A woman with a waist circumference of 35 inches and a man with a waist circumference of 40 inches or more stand an increased risk of developing diabetes. Calories obtained from fructose (found in sugary beverages such as soda, energy and sports drinks, coffee drinks, and processed foods like doughnuts, muffins, cereal, candy and granola bars) are more likely to turn you into an ‘apple’ by adding weight around your abdomen. Cutting back on sugary foods can mean a slimmer waistline as well as a lower risk of diabetes. Moderate alcohol consumption is advised, one drink per day for women and two for men is appropriate.

HOW DIABETES KILLS: High level of blood glucose damages the veins, capillaries and arteries. Which may result in stroke,blindness,heart attack,muscle wasting,peripheral vascular disease or embolism.

In conclusion, the number of diabetic cases is on the rise daily and it is estimated that by the next ten years there will be a 50% rise in the number of diabetic patients worldwide. Getting screened remains the first step to prevention; and endeavour to seek proper medical advise if need be. Diabetes can be prevented,controlled and life prolonged if only we do the right things at the right time.