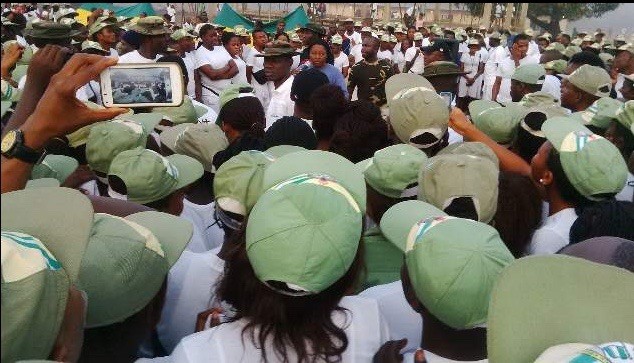 More reports from the NYSC orientation camp in Port Harcourt provides that the furious protest by NYSC corps members has resulted into throwing of  the “nonesense food” given to them by the camp coordinators.

According to a corps member, corpers have matched to the state coordinator’s lodge for further enquiries into why they have not been paid their first “allowee”, while others have finally resolved to express their frustration by throwing away the breakfast that was served to them from the camp kitchen, addressing it as “nonsense food”.

The state coordinator is seen in the photo addressing corps members in a blue shirt, positioned at the centre of the photo. 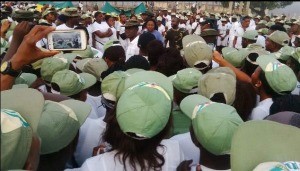 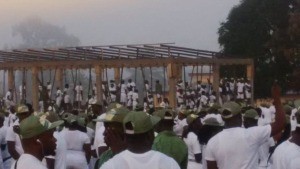