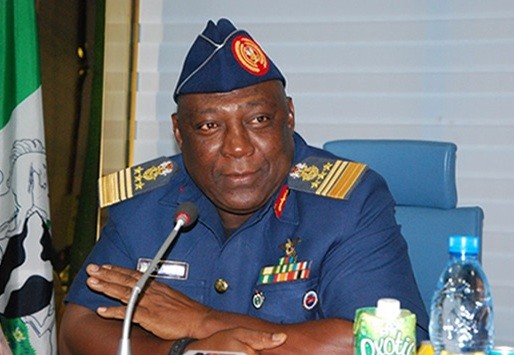 Success, my dear President, Aliko Dangote, the Nigerian 25th richest man on earth today, would admit, is not by accident. It is purely an act and art of deliberate planning. Hence, the saying that “to be successful has nothing to do with luck” is gaining global acceptability than it hitherto did in the past. People plan to succeed in business, in politics, in the profession and also [even more] in government.

And the difference between great achievers and those in the region of mediocrity lies within one fact – continuous evaluation of situation and ability to adopt Change, which is the only permanent thing in life. But to many keen observers of your government, it seems you are leaving too many things to chance, maybe believing that “things will just work out well”. That can only be path of achieving disaster.

It is on the face of the above fact that you must take a critical look on the quality of two of your major employees: the Chief of Defence Staff – CDS – [Air Marshal Alex Badeh] and your very loquacious Senior Spokesman in the person of Dr Doyin Okupe and summon enough courage to discard their services, terminate their appointments with immediate effect. They are liability to you and Nigerians. They are embarrassment to civilisation and professional decorum. Permit me to justify this call and l will start with the CDS.

Alex Badeh, a four star Air Force officer [Air Marshal] was appointed the Chief of Defence Staff [coordinating the Service Chiefs – Army, Air force, Navy and the Police] January this year. While being sworn-in by the by the President [who is actually Commander-in-Chief of the Nigerian Armed Forces] on January 20, 2014, the CDS made a voluntary pledge with absolute optimism when he said that “it is mandatory for the military to eliminate the menace of Boko Haram before April” [2014] “to avert a constitutional problem in the polity”. Looking at the newly appointed Chief of Army Staff directly that day [January 20, 2014] Air Marshal Badeh said: “If we do our work cohesively l can tell, General Minimah, you will finish your work in no time”.

This turned out to be empty promise as April ended with Boko Haram insurgency waxing stronger than even the Nigerian Military. By the end of October the insurgents had burnt down the personal house, a hospital he built for his people and the community Civic Centre of Air Marshal Alex Badeh in his home town [Vimtim] in Adamawa State. The hunter is now being hunted. How can this man that could not defend himself save Nigeria?

He told us six months ago when over 200 girls were abducted by Boko Haram from Chibok in Borno State that “we know where the girls are and we shall soon rescue them”. It became another empty talk as well. And most recently he told Nigerians that “a ceasefire had been reached between the government and Boko Haram and the release of the abducted Chibok girls would be within days”. It was after this announcement that the insurgents reduced his town of Vimtim to rubbles. There are too many empty talks of Air Marshal Badeh that cannot be accommodated in this write-up.

Albert K. Horsefall, the most respected former Director General of the SSS, spoke Nigerians’ mind when he recently cautioned Badeh to “stop talking as a politician and remain strictly a professional”.

Let us put Air Marshal Badeh aside for now and evaluate Doyin Okupe, another disaster-personified in Goodluck Jonathan’s government.

It can only be a case of celebrated insanity for an employee of the President, at the level of Senior Special Assistant, like Okupe, to say that “critics of the President need psychiatric examination”. As far as Okupe is concerned, to criticise the President “is to commit a treasonable felony”. To him, the President can never be wrong, translating President Goodluck Jonathan into God. The real God of Heaven forbids that!

Okupe chose to stigmatise every critic of the President with madness because Atiku Abubakar, former Vice-President, made a critical evaluation of the Boko Haram activities in the North East of Nigeria and came to the conclusion that “there is challenge of leadership both in the government and the military”. The Turaki Adamawa, in that statement, advised that the Federal Government should do more to arrest the situation because the insurgency is aimed at running Nigeria over. He cited the audacity with which the Boko Haram insurgent carried out some daring exploits in Borno, Adamawa and Yobe states.

Let us look and evaluate Atiku Abubakar’s submission as it affects the North East crises to enable us decide if it was a presentation of madness or sanity. Early last week, Boko Haram had captured Mubi, the second largest city in Adamawa State, hoisted its flag in the Palace of the Emir, changed the name of the town from Mubi to “Madinatul Islam”, set up Sharia Court and amputated ten people said to have contravened the Koran. Will Okupe say that these acts “were happening in cities belonging to the territory” of the Federal Republic of Nigeria? Or will he say that the Federal Government of Nigeria co-hoisted those flags with the “Boko Haram government” as the latter patrols that area with absolute audacity and control, at least for now?

Who therefore needs immediate and urgent psychiatric examination between Okupe and critics of the government? For sure, over 80 percent of Nigerians would recommend Okupe to that psychiatric hospital in Abeokuta for permanent residency.

Mr President, with these type of men [and they are many] in your government, do you really need anybody to tell you who your enemies are? There are fifth columnists in your government with only one mission, and that is to torpedo your voyage from within. Deal with them before they finish you, please.