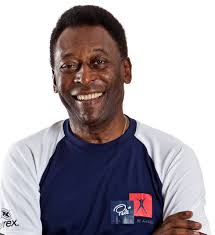 Concerns over Brazilian soccer legend Pele’s health have been downplayed by the 74-year-old’s representatives after his condition was feared to have worsened.

Pele was admitted to the Albert Einstein Hospital in Sao Paulo earlier this week with a urinary tract infection. He recently underwent surgery to remove kidney stones at the same institution.

The hospital issued a statement Thursday explaining Pele had been moved to “a special care unit” as his condition was “unstable.”

But in a conversation with CNN, the three-time World Cup winners’ agent insisted Pele was transferred to afford him greater privacy as he continues his recovery.

The hospital had earlier said Pele was moved to ensure he receives the best possible care.

“Patient Edson Arantes do Nascimento (Pele) remains in the hospital in an unstable condition,” read a statement from the hospital.

“To make sure he gets the best care, he was transferred for monitoring to an intensive care unit.”

The Brazilian is also one of the most globally recognized faces in sport.