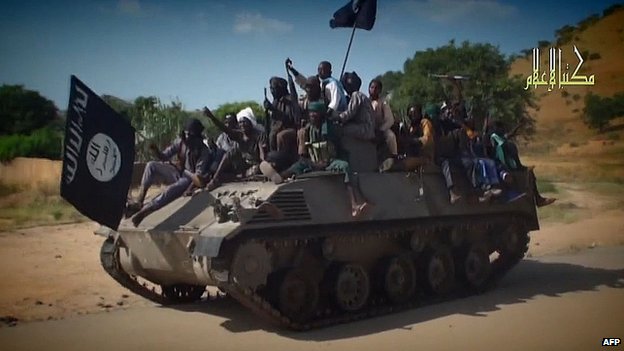 Boko Haram has seized the town of Chibok in Borno state, northeast Nigeria, from where 276 schoolgirls were kidnapped more than six months ago, a local pastor and a senator told AFP on Friday.

“Chibok was taken by Boko Haram. They are in control,” said Enoch Mark, a Christian pastor whose daughter and niece are among the 219 teenagers still being held.

Mark and the senator for southern Borno, Ali Ndume, said the militants attacked at about 4:00 pm (1500 GMT) on Thursday, destroying communications masts and forcing residents to flee.

Ndume said that he had received calls from fleeing residents saying the town “was now under their (Boko Haram) control”.

“There is no telephone service now in Chibok, which is why it took time before the reports reached me,” he added.