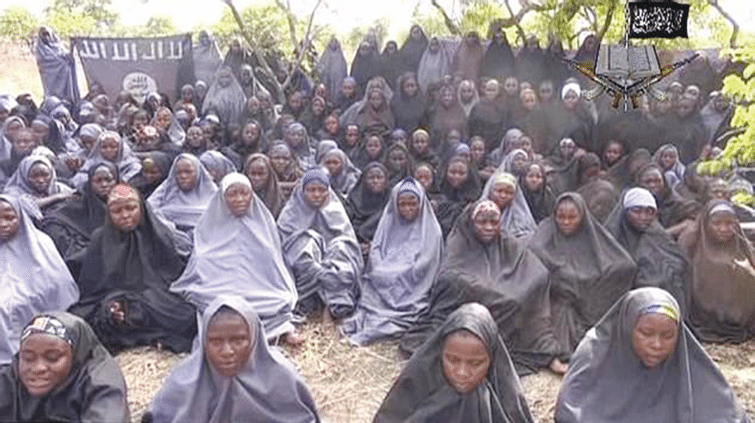 Boko Haram has claimed the 219 schoolgirls it kidnapped in Nigeria earlier this year have converted to Islam and been married off, according to a new video obtained by AFP on Friday.

The Islamist group’s leader, Abubakar Shekau, also denied claims by Nigeria’s government that it had agreed to a ceasefire and apparently ruled out future talks.

The new video comes after a surprise announcement by the Nigerian military and presidency on October 17 that a deal had been reached with the militants to end hostilities and return the children.

There was immediate scepticism about both claims. Previous ceasefires have proved fruitless and there is little trust in the influence of the purported Boko Haram envoy, Danladi Ahmadu.

Nigeria’s government maintains that talks are ongoing in the Chadian capital, Ndjamena.

But Shekau, speaking in Hausa, dressed in military fatigues and boots with a black turban, and flanked by 15 armed fighters, said: “We have not made ceasefire with anyone.

He also said he did not know Danladi.

There was no indication of when or where the video was shot but it was obtained through the same channels as previous communications from the group.

Then, the militant leader said many of the girls had converted to Islam but in the latest, he indicated that all of those held had become Muslims.

“Don’t you know the over 200 Chibok schoolgirls have converted to Islam? They have now memorised two chapters of the Koran,” he said.

Shekau previously threatened to sell the girls as slave brides and also suggested he would be prepared to release them in exchange for Boko Haram prisoners.

In the latest message, he said while laughing: “We have married them off. They are in their marital homes.