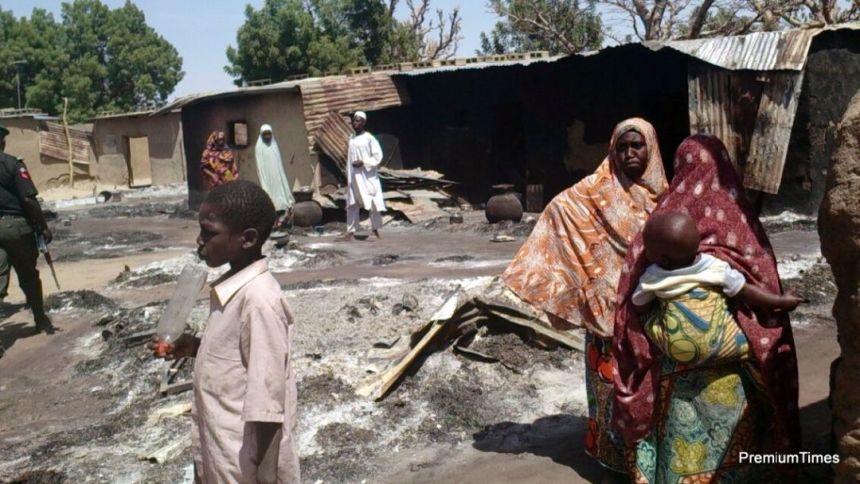 Suspected Boko Haram gunmen killed at least 20 people in an attack Monday on two villages on the outskirts of Chibok, the town where more than 200 schoolgirls were abducted in April, said a Nigerian civilian defense officer.

“Virtually every house in the two villages were burnt to ash,” said Gava. “The villages were totally razed down as residents fled for their lives, some with injuries.”

Borno State police command spokesman, Gideon Jubrin, told AP he was not aware of the incident.

This is part of a string of attacks in Borno state, including two suicide bombings on Tuesday at a crowded marketplace. Dr. Musa Taji, a medical doctor in Maiduguri, said at least 70 people were killed.

On Monday, suspected Boko Haram fighters attacked the village of Damasak, driving into the town with improvised explosive devices and petrol bombs.