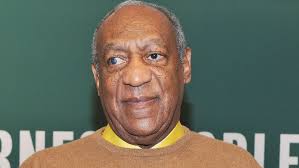 US TV network NBC has scrapped a Bill Cosby comedy that was under development and TV Land will stop airing reruns of The Cosby Show, a day after another woman came forward claiming that the once-beloved comedian had sexually assaulted her.

NBC spokeswoman Rebecca Marks said on Wednesday the Cosby sitcom “is no longer under development”.

A TV Land representative said the reruns will stop airing immediately for an indefinite time.

“The Cosby Show” also was to have been part of a Thanksgiving sitcom marathon.

They occurred a day after model Janice Dickinson, in an interview with Entertainment Tonight, became the third woman in recent weeks to allege she had been assaulted by Cosby – charges strongly denied by the comedian’s lawyer.

The developments, which involve allegations that were widely reported a decade ago as well as new accusations, have gravely damaged the 77-year-old comedian’s reputation as America’s TV father at a time when he was launching a comeback.

A year ago, a standup special – his first in 30 years – aired on Comedy Central and drew a hefty audience of two million viewers. His prospective new series was announced by NBC in January.

Cosby has never been charged in connection with any of the allegations.

Former Pennsylvania prosecutor Bruce L. Castor Junior, who investigated a woman’s claims that Cosby had sexually assaulted her in 2004, said on Wednesday he decided not to prosecute because he felt there was not enough evidence to get a conviction.

“I wrote my opinion in such a way as I thought conveyed to the whole world that I thought he had done it, he had just gotten away with it because of a lack of evidence,” the former Montgomery County district attorney said.

If Cosby had not been cooperative with the investigation, “I probably would have arrested him,” he said.

Cosby has continued working as a stand-up comic, and has at least 35 performances scheduled throughout the US and Canada through May 2015. None of the performances has been cancelled.

National Artists Corporation, which is promoting part of the tour, said it will not be cancelling any shows.