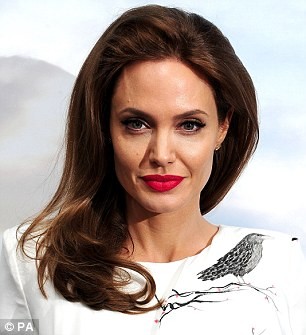 Maybe Angelina Jolie and Brad Pitt are a little bit like us after all… they apparently have relationship growing pains just like any other couple.

In an interview with Tom Brokaw that aired Tuesday on the Today show, Jolie admitted that despite being together for a decade, her and Brad Pitt’s relationship changed after marriage.

“It did change,” the 39-year-old actress said. “We were fortunate enough to be in that unusual situation, we got married with our [six] children and they were part of the ceremony.”

Angelina continued, “It was all of us agreeing to be together and to just commit to this life together. Not because we had to… because we were absolutely sure we felt that much of a family.”

The Unbroken director confessed that she has set some goals for herself since tying the knot.

“[Shooting ‘By the Sea’] felt like the appropriate thing to do on our honeymoon,” she chuckled while referencing the movie in which they play an unhappily married couple. “We wanted to try things; we wanted to push each other; we wanted to be artists and see what we could make.”

A few tabloids are taking comments like that one a step further. This week In Touch published pictures of a purported “explosive fight” — otherwise known as a game of picture assumption — between Brad and Angelina that took place on Nov.17 on the terrace of their suite at the InterContinental Sydney hotel in Australia.