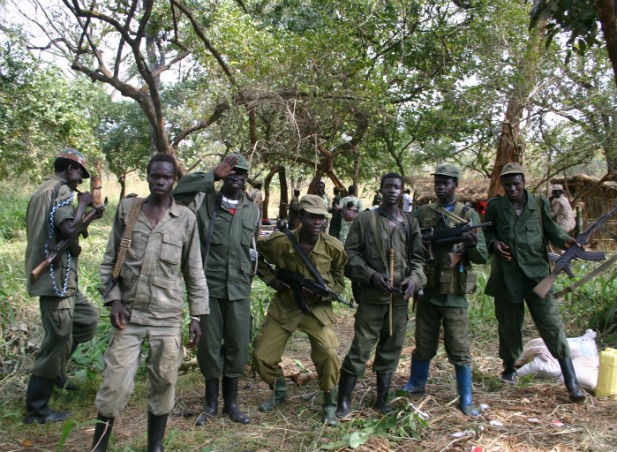 Uganda’s Lord’s Resistance Army rebels have launched a string of attacks across central Africa with a “steady increase” in abductions, the United Nations said in a report seen Thursday.

The elusive jungle insurgents, who raid villages and enslave residents, have abducted 432 people so far this year, a “steady increase” from last year and more than double the number in 2012, the report by the UN Office for the Coordination of Humanitarian Affairs (OCHA) read.

Those captured, often children, are forced to work as fighters, sex slaves or porters.

Over 160,000 people have been forced from their homes in areas of DR Congo, CAR and South Sudan where the rebels operate, including over 30,000 living as refugees in neighbouring nations.

Rebel chief Joseph Kony, who launched a rebellion in Uganda two decades ago, is wanted by the International Criminal Court along with fellow top commanders on war crimes and crimes against humanity charges including murder, sexual slavery and for using child soldiers.

The US Department of State is offering a $5 million bounty for information leading to his capture.

Kony, who claims mystical-religious powers, has long been reported to be based in the Sudanese-controlled Kafia Kingi enclave straddling the border with South Sudan, as well as in neighbouring Central African Republic.

The Ugandan army is leading a US-backed African Union force tasked with capturing the LRA’s leaders.

According to the UN, the LRA has killed more than 100,000 people and kidnapped more than 60,000 children in almost three decades of attacks.