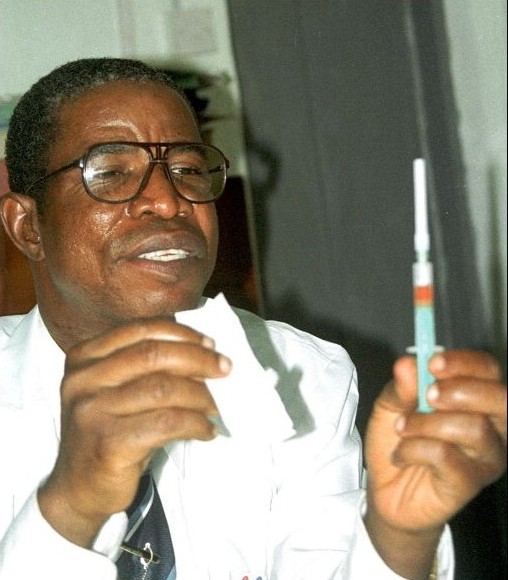 The recent court pronouncement that the federal government or any of its agency should seize to interfere with administration of Dr Jeremiah Abalaka’s patented vaccines for the treatment of HIV/AIDS calls for further rumination.  In a judgement delivered at the Federal high court in Makurdi, Benue State, Justice Binta Nyako has restrained the Federal Government and National Agency for Food and Drug Administration and Control (NAFDAC) from further interfering with the use of the vaccines.

With the court ruling, Dr Jeremiah Abalaka is now free to advertise, administer and offer for sales its therapeutic and preventive HIV vaccines.However, the concerns of the Federal government to have placed ban in the first instance on the use of the drug has not been addressed by the court judgement. Even when the consent of the patients are obtained, government and its Agencies still need to monitor and regulate the use of drugs by the citizens. In my view, mere obtaining consent before administering the vaccine on HIV patients do not offer enough justification for the kind of authority the court has granted Dr. Abalaka.

Intensive media propaganda notwithstanding, the scourge of HIV requires more than authority dictated by exigency or reliance on court ruling. Several unproven cures had hitherto been advertised by quack and pseudo – scientists before the recent judgement and the trend is a source of concern to medical professionals in the country.

The fact that Jeremiah Abalaka is a general surgeon with training in immunology does not necessarily convey on him the authority to administer drug even with the patent obtained on the vaccines. Using himself as a guinea pig in testing the efficiency of the theraurapitic and preventive vaccines has not equally allayed the fear of the medical professionals. What this means is that court pronouncement alone cannot certify the vaccines to be safe for human use. So far, the vaccine  as  learned journal was the only one to have lent credence to Abalaka’s curative claim through an editorial with an accompanied report. Ray spier, the editor, who wrote the editorial has even admitted that the Abalaka’s work was published as a report and not as peer – reviewed research paper.

In essence, the vaccine has not been evaluated under a strict protocols required or be independently reviewed by the experts. More importantly, Abalaka’s work is worthy of more systematic investigation in line with best global practices. It is true scientific works may be stolen or hijacked. The fear of hijack should however not be an excuse for not subjecting the vaccines to the required evaluation. Besides, Dr Abalaka should strive to make the vaccine reach the level of clinical trial rather than to continually live on the euphoria of the recently delivered court judgement.

One other critical issue for consideration is the alleged conspiracy of the pharmaceutical companies. Up till now, Dr Abalaka has not been able to prove the alleged conspiracy. Now that the court had ruled in favour of Dr Abalaka, the whole world is waiting eagerly for him to prove the veracity of his claim to have discovered curative vaccines for HIV/AIDS. Until he succeeds in proving the worthiness of his therapeutic and preventive vaccines, Abalaka would end up as a mere intellectual charlatan or as a pseudo – scientist by verdict of history. The inherent danger in the unproven claims by hundreds of Nigerian herbal practitioners that they have the cure of HIV/AIDS is premised on the nation’s desperate search for panacea for this disease which has ravaged million of lives.

The National Broadcasting Commission (NBC) equally has a role to play in regulating advertisement on radio and television stations by the herbal practitioners on claims of having found the cure for HIV. Without missing words, most drugs currently being advertised by the herbal practiontioners on radio and television stations have never been tested and confirmed to be efficacious. Moreover, members of the public who easily fall preys of these pseudo – scientists are not sure of the level of toxicity of some of these herbal drugs.

It is against this background that I congratulate Dr Abalaka for the judgement delivered in his favour and I urge him to fulfil all righteousness for his vaccines to gain universal acceptability as safe and efficacious. Except the vaccines are made to undergo the necessary evaluation, the vaccines and Dr Abalaka himself will remain a medical charlatan who enjoys living a controversial life.