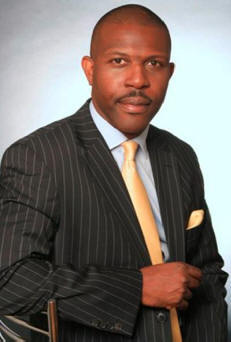 Prince Tonye Princewill has decided to make public his personal perception of what he called ‘the weak attempt’ at a Ward Congress held by the Wike led Rivers State PDP exco.

In a statement today, signed by  Wabiye Idoniboye-Obu Personal Assistant on Media and Publicity to Prince Tonye Princewill, resounded Princewill’s commitment to the success and re-election of President Jonathan’s administration, called on the National PDP executives to avoid anything that will distract Mr. President and resolve the Rivers State issue, before it gets out of hand.

“The congress had already been done. The panel had already been settled and the electoral umpire had already been compromised. All their planning was in vain. For them the congress was just an opportunity for the masses to fight and destroy things. They do not care if Rivers people die as long as they win. We do. We care; and that’s why we stayed clear.”

“The Rivers State Wike led PDP Exco, don’t realize we are several steps ahead of them; none of the key aspirants were involved in the congresses. That should be a signal for the party. Our silence will speak louder than our words. In the end, PDP will both sit up and address this sham or they will lose us and loose Rivers state. Nothing is impossible”.

“Our people say the difference between a small snake and a big worm is teeth. Neither Amaechi nor Wike will deliver Rivers state because even the grass will reject them. It’s time to start afresh. It’s time for renewal. And all of their money and more will never change that.” Princewill advised.