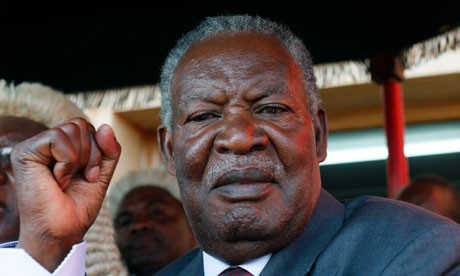 Zambian President Michael Sata, an abrasive figure nicknamed ‘King Cobra’ because of his venomous tongue, has died in London where he had been receiving medical treatment, the government in Africa’s second-largest copper producer said on Wednesday.

The cause of death was not immediately disclosed but Sata, who became president of the landlocked southern African nation in 2011, had been ill for some time.

“As you are aware the president was receiving medical attention in London,” cabinet secretary Roland Msiska announced on state television. “The head of state passed away on October 28. President Sata’s demise is deeply regretted.”