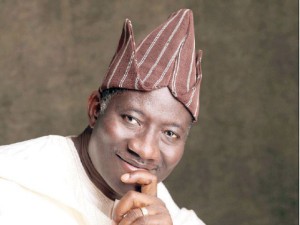 Reports say that the President of the Yoruba Youth Initiative, YYI, Comrade Adejumo Ishola said they have concluded plans to endorse the presidential ambition of President Goodluck Jonathan in Lagos.

He said, the YYI has pledge their loyalty and support for Mr. President, Dr, Goodluck Ebele Jonathan. He also said, the organization which is a social and cultural interest group is solidly behind Mr. President and his transformation agenda.

Speaking further, he said,“Not in the history of this country has a president encountered the kind of troubles that Mr. President was able to deal with in his administration he further explained that Mr. President is a gentle and noble man. Who has worked tirelessly to achieve his transformation agenda despite the state of security in the Country. The group has fixed 30th of November, 2014 for an endorsement programme for Mr. President which is to hold at Administrative College of Nigeria, Topo Badagry.’’