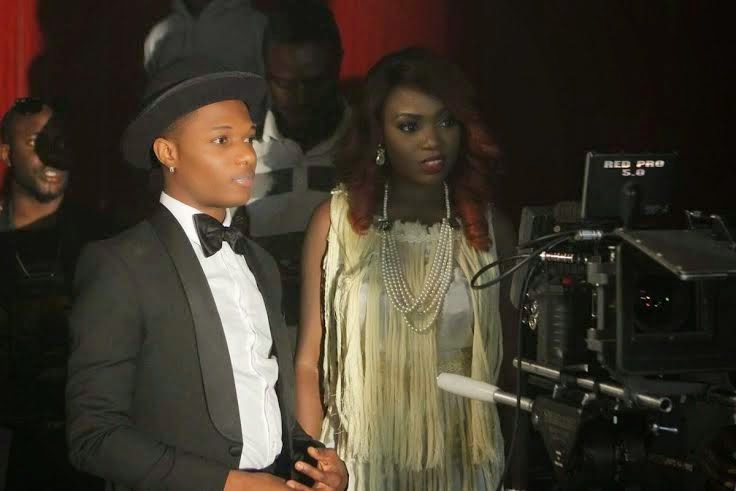 Music artiste, Wizkid Balogun, has been under heavy criticism recently by some colleagues in the same hustle.

His former Producer, Samklef had recently criticized him , saying that fame has gotten into his head, making him to forget his roots.

Similarly, Wizkid has received yet another ‘knock’ from a rising star, Saeon, who alleged that she paid him the sum of N1.5million for a feature and he couldn’t even give her a shout out.

While speaking to the press on Tuesday, Wizkid tried to address the issue.

When asked about Saeon, Wizkid said, “It was strictly work. When did we even start talking that we should be friends like that? She came to me, no not me directly, to my Manager and asked for a collabo. Normally, I don’t charge my friends but she came with some cash and I gladly obliged. I even gave her 10 percent discount. That is a very generous move, because it took her a month to get my attention. After that, it’s back to our separate lives. We are not friends.”

When also asked about the issue with Samklef, Wizkid insisted on his earlier tweet saying the Producer was a brother to him “He came to my house two weeks ago. My house is a party house for Guys and Sam was in my house. So i don’t know where all this came from,” he said.