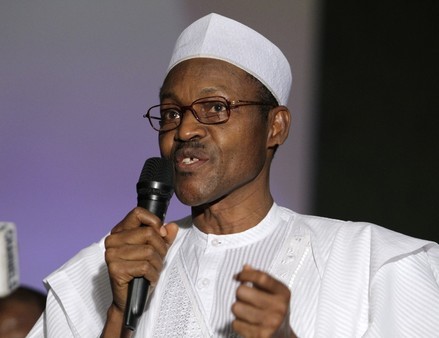 “Don’t let the perfect become the enemy of the good”. Lately, I have been hearing this a lot, another phrase that has crept into Nigerian lexicon along with many others with special meaning only to us. It is a familiar response during talk of doing things right or well – for many, better to do it badly than not do it at all. In a country where standards for everything are so low, it is a depressing maxim.

But this article is not about Nigerialese and our national obeisance to ‘anything goes’. It is about declaration speeches and what to make of some of what we have heard so far.

Despite reservations about General Muhammad Buhari’s fourth attempt to be President I was still interested in hearing what he had to say. I wager there were many more like me who found themselves drawn by curiosity and maybe even a desire to be convinced by his declaration. I was deeply disappointed. Apart from gallantly recognizing the efforts of the Army, it was poorly written and uninspiring. Here was a golden chance to reach millions of Nigerians, to connect with voters and if nothing else, to show of the great team of people around him.

Unable to quell my unhappiness with the declaration speech and worried that I might be guilty of expecting perfection, I decided to find Atiku Abubakar’s declaration which until then, I had little desire to read. It was interesting, well written and I was thrilled to discover that once upon a time, the leadership in the north took education so seriously, that Atiku’s father was imprisoned for failing to let his son go to school. Unlike Buhari who spent the first 3 pages of his 4-page speech telling us what is familiarly wrong with Nigeria and devoting the last page to bullet points of his priority areas, Atiku took time to share parts of his personal life and journey. Most of his 6-page speech was devoted to his track record, detailing his achievements and his contributions as vice president and sharing his vision.

Still unsatisfied, I decided to look at President Obama’s 2007 declaration. Those with an appreciation for the power of words to inspire cannot but be moved by Obama’s 11 page speech. A declaration to run for office is part ‘this is who I am’, part ‘this is where I have come from and why I qualify’, part ‘this is where I am going and what I see for us all’ and the final part is ‘come join me, let’s go there together’. For both Buhari and Atiku, there was too little sense of joint ownership between the candidate and the people in the journey that a declaration symbolizes. Buhari’s speech had zero mention of the words ‘unity’ or ‘together’ and his single use of ‘people’ was in a negative sense.

In Obama’s declaration, woven between the most poignant parts of US history, the words ‘together’ and ‘people’ were mentioned 8 and 13 times respectively. It is no surprise that with just words he galvanized millions around the world to believe in him, invest in him and own those 3 words ‘yes we can’.

Do rousing words mean a person will make a good leader? Probably not. Indeed in Nigeria the phrase talk is cheap should take on special meaning for us. For some, the recent polls which show Buhari as the favorite in 2015 might just buttress the unimportance of a good speech.

Campaigns and governance are indeed more than just about fine words. They are about mobilizing supporters, getting out the voters, gaining and keeping the devotion of thousands of party agents and after elections maintaining stakeholders and keeping millions of citizens happy. In the era of stomach infrastructure politics candidates with no money to throw around and/or who are interested in doing things differently, will find that words are one of their greatest tools. They would do well to use them effectively and strategically.

The time, energy, devotion and the seriousness and attention to detail with which people aspiring to lead pay attention to the things within their control should not be dismissed – these are good indicators of how well they will govern. One of my favorite Hadiths is allegedly one about worshippers having straight lines in the mosque and having harmonious decent lives. Basically, ‘if you care about the little things, the things that don’t seem important, you will be careful about big things too.