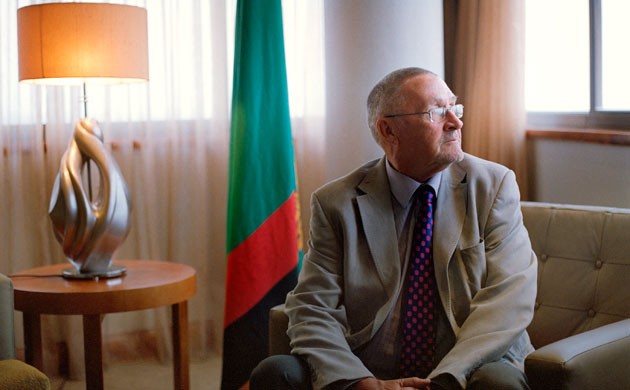 Mr Scott, who is of Scottish descent, becomes Africa’s first white head of state for many years.

Mr Scott regularly stood in for the president at official events, but was never appointed acting president when Mr Sata was abroad – so this is his first time to officially lead the country.