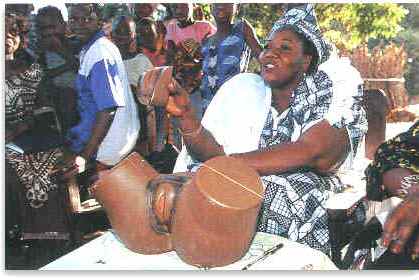 UN chief Ban Ki-moon launched Thursday a global campaign to end the often deadly practice of female genital mutilation within a generation, as survivors said it had “shattered” their lives.

“The mutilation of girls and women must stop in this generation, our generation,” Ban said on a visit to the Kenyan capital Nairobi.

“Men and boys must also be encouraged to support the fight against FGM — and they should be praised when they do.”

FGM ranges from the hacking off of the clitoris to the mutilation and removal of the entire female genitalia, and is carried out from the youngest babies to teenagers.

More than 125 million women have been mutilated in 29 countries in Africa and Middle East, according to the World Health Organization (WHO), which condemns the practice as a “violation of the human rights” of women.