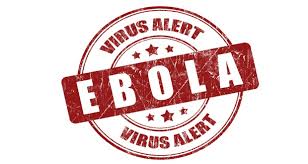 The media in recent days went agog with praises and encomium been showered on the GOODLUCK EBELE JONATHAN lead administration of the federal republic of Nigeria for successfully combating the Ebola virus disease. Nigeria no doubt, deserved to be commended for the feet it achieved in steaming the tide of this dreaded diseases ,judging from what the experience was like in other West African countries that was hit by this same virus, even Liberia that Nigeria got its index case from.

While this has been properly placed in perspective, one most disturbing occurrence in the whole event was the way and manner that the Nigerian government(federal and Lagos state government) went about trying to out shine each other battling who should take the glory for the achievement. It was so obvious and Undeniably glaring that the federal government was very eager and somewhat desperate to take credit for the successful containment of the deadly Ebola virus within the shores of Nigeria.

It would interest you to note if you have followed this administration keenly right from inception that the federal lead administration is a protocol keeping administration, always setting up committees irrespective of the nature of urgency that any issue deserve, while BABATUNDE RAJI FASHOLA lead Lagos state government has been in contrast, the proactive dogged administration. But unfortunately, to disappoint your curiosity, this article is not set out to decided who is best for the credit for containing Ebola , and even if I decide to toe that line, i might not be is position to pass verdict, but rather what this article is set out to achieve is re orientation of mind set, if we are ready to hug and kiss the media whenever we feel we have made an achievement, then we should also be ready to take the knocks and slaps were we fumbles.

The federal government might have been able to have turned a milestone in the area of Ebola judging from the kind of commendation we have gotten from neighboring African countries and even the international communities as a matter of fact, this moment that this article is been written, Nigeria has been declared Ebola free, but it doesn’t stop there. There are still a lot of challenges that we are still grappling with as a nation that need urgent attention of which corruption, insecurity and epileptic power supply is chief . If this problems are not squarely addressed, the government should be ready for the knocks when the time is right, there should be n o talk of any one trying to bring the government down.

Hence forth, the stakes has gone up and the antes has gone high so every one should up his or her game and be ready to perform. Gone are those days when we look for who to blame for a bad day at work, to whom much is given, much is expected. If the federal government has been given all this credit for defeating Ebola in Nigeria, when it was obvious that an active governor performed the magic, then he should be able to face all the questions coming from the security angle, we are tired of hearing phrase like “its the opposition at work”,”its my dis tractors”, “they are trying to bring my government down”.

Just like Ebola, insecurity and corruption in any part of the world has never be easy to contain, you can ask from Ghana and Malaysia, it only takes strong will and courage to steam out this vice. In the fight against corruption, one has to be ready to fight dirty, no body is exempted even when they are dear to us, and this must also be put into consideration, corruption doesn’t have two names, corruption and any thing that has it semblance is only one thing, “Corruption” and this include stealing of resources that is meant to benefit the general public.

The issue of the 219 secondary school girls that were kidnapped in a community in the northern part of Nigeria should be on the government front burner, the government would do itself a whole lot of good if it drop this whole conspiracy theory thing and get on with real business, if this government is able to achieve all this withing this short period of time, it would be greatly reward with another 4 years, because like they saying goes, the reward for hard work is more work.