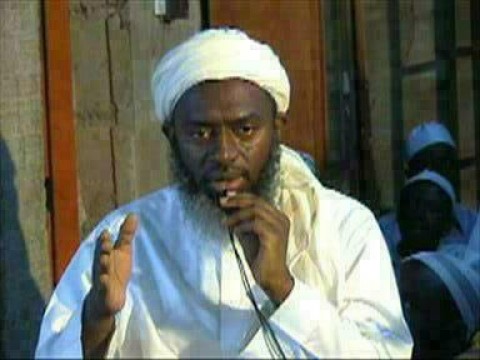 First of all, those who know me know I am not a Jonathanian but please when we are expressing our disagreement with the way the country is managed, we must try as much as possible to remove religious and tribal sentiments because they are responsible for the state of the nation.

Sheik Gumi’s letter to President Jonathan asking him to drop his presidential ambition does not make sense instead it has the potential to create more chaos . The letter reeks of religious bias and tribal sentiments. Sheik Gumi wants the president to drop his re-election ambition and his points are built on the fact that he is from a segment of the country that another segment and religious group do not support. That is not how a respected figure like him should talk.
His words:
“Muslims have officially registered to you on occasions your partiality. Northern groups have complained about your bias, the youth about your neglect.
You have divided the nation gravely on the religious divide. Already we heard a call in a church that you are now a saviour. Now, not of Nigeria but the church in Nigeria. With this religious zeal on both sides, each side looking at the wrong people for salvation, the nation is heading towards disaster.

My fellow country man, it’s unfortunate that your stand on many issues have made you into a polarizing figure while the exalted office you occupy needs a nationalistic one. Surely with the Christian votes and northern PDP followers you can win another election, but you will also set the nation into another turmoil because that segment of the nation that rejects you do so because they believe rightly or wrongly you are involved negatively in the Boko Haram saga. The natural thing any good leader will do in this situation is to step down for a person all the segments of the nation will have confidence in for their well-being. A credible person that will not stir apprehension. The decision is not about your rights but about responsibility.

Therefore, as you pray in the Holy Land, seek for God’s indulgence to show you the light of honour and do the right thing. It’s God’s command that Nigeria stays united and ‘what therefore God hath joined together, let not man put asunder’.”

I think we must jettison the idea that the president must come from a certain geo-political zone or must be a Muslim before he rules Nigeria peacefully . This country belongs to all of us and not a certain tribe or religious group! What is GEJ doing for the Christians that he has not done for the Muslims? The roads and educational developments that he has brought to the north was not championed by a Muslim so what else do you guys up north want?
He even went further to shoot his opinion on the forehead with a double-barrel gun by suggesting that the likes of Akpabio, Obi or Orji should be presented by PDP. I wonder what he was thinking because all the people he mentioned are Christians and are from the South. The question is, is it that he imagines that the northern-muslims are angry with President Jonathan as a person or what?
His argument doesn’t add up. Please let’s keep religion and tribe out of our politics, it will do us a whole truckload of good!