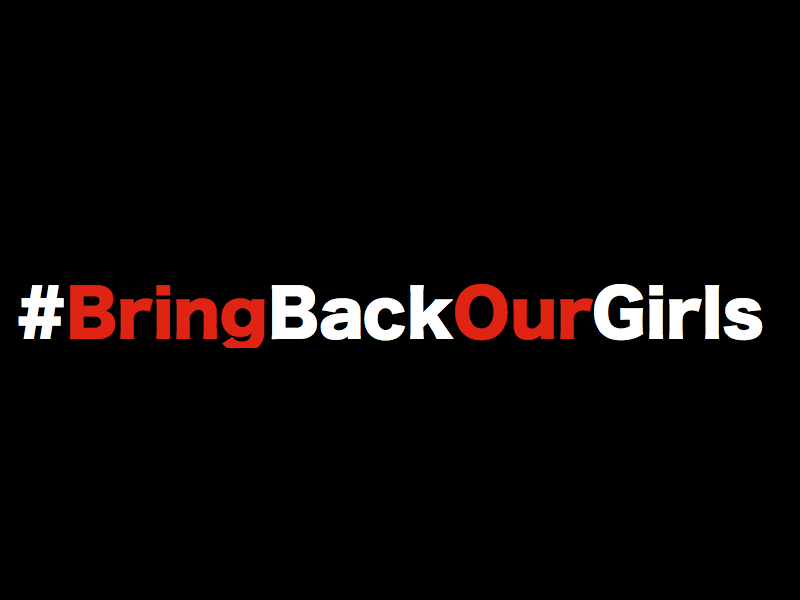 I have watched, with keen interest, recent attempts by some principal officers of the Federal Government of Nigeria to discredit me and the #BringBackOurGirls group. This is not new. It has been the case since we commenced our citizens-driven advocacy movement. My initial reaction was to ignore the chatter and concentrate on the noble work of the #BringBackOurGirls campaign. Unfortunately, my humble silence is being taken as license to further dissuade and divide the populace by spreading inaccurate information, through advertorials, thereby tagging the #BringBackOurGirls group as an affiliate of the APC.

I am a card holding member of the APC, and there has been no time I have hidden this fact or tried to mask it. But let’s be very clear, when I worked to mobilize women, men, and Nigerians at large tocome out on April 30th to protest that the Government should intensify efforts to #BringBackOurGirls, I did so not as an APC member, but first as a HUMAN BEING, as a WOMAN, a MOTHER, and as a NIGERIAN.

It was never about politics or political affiliations; it was rather about our shared humanity as human beings. As a mother, I have experienced the trauma of not knowing where my child is for few minutes; does it then surprise many why I would be moved to act on behalf of mothers who are yet to see their daughters for 2 weeks (at the first instance) and now over 190 days after? I came out as a concerned citizen of Nigeria, one that is very interested in the unity, growth, and development of this nation; one that knows the important role an educated girl-child would play in contributing to the success we all anticipate for our dear country. That these girls dared education in the face of terrorism, insecurity, and other life-threatening circumstances, is a rare display of courage, doggedness, and hope.

This is why I, alongside other #BringBackOurGirls campaigners, have been advocating daily for 175 days today to make sure that these girls are not forgotten, but that they are rescued and returned home to contribute their quota to national development. I came out as someone who, from a very young age, watched my (late) father always advocating and standing up for what is right, no matter the cost. These are values he passed down to me and there was no way I was going to sit down, keep quiet and get on with my live while 276 girls are abducted and held in captivity by a terrorist group.

If my father was alive today he would have lent his voice to the Chibok girls. No one should be denied the right and opportunity to express their natural sense of empathy because of interests and political affiliations. When we allow such divisive narratives as that being peddled by people paid with taxpayers’ money to fester in our national discourse, we must see that rather than gain, we lose instead. Rather than come united, we become disunited.

This moment offers for us a rare opportunity to stand united as a nation, whether you are in PDP, APC, or any political party; Christian or Muslim; from the North or the South. The issue of the abducted Chibok girls is an opportunity to UNITE and not DIVIDE – to stand against insurgency, terrorism, and every common enemy that seeks to divide us as a people. We must unite to ensure that every girl and boy in Nigeria has equal access to education. We must unite to change the narrative that no matter one’s tribe, gender, religion, social strata, interests, and politicalaffiliations, we can all come together as one to build beloved nation.

I, Hadiza Bala Usman, choose to tow the path of UNITY.I will not be intimidated by anyone, and I will continue to stand for the Chibok girls regardless of my tribe, religion and political affiliation.