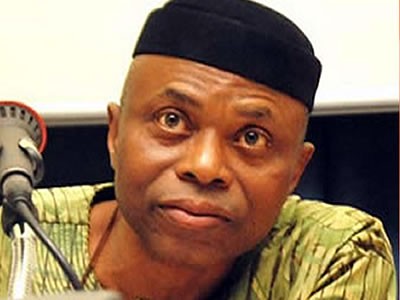 After months of speculation, the Ondo town born politician officially dumped the Labour Party for the ruling Peoples’ Democratic Party ahead of the 2015 general elections. Close followers of Mimiko’s rise to political limelight have described the Ondo-town born politician as a political prostitute who changes customers at will, once the terms and conditions are in tandem with his personal interest. He chose politics as a career and for donkey years now, there have been glimpses of success in his assassinated career. He moved from being a mushroom politician to a much room politician. He belongs to the clique of political opportunists who use people as a stepping-stone to fame, greatness and achievements but betray them after thorough usage. He used and dumped people like a lecher; he acted the role of a political Judas Iscariot with all synergy and zeal. He had even altered the destiny of some people just because of his Mara Dona-like lifestyle. Today, those ones are pity to humanity while the rest are biting the finger of regrets. To spare the gory details, Dr Mimiko is a bad example to young minds looking up to him as a role model in politics.

The medical doctor turned politician is not a moralist as he claims to be, he lacks the moral standards to moralize democracy and claims to do anything for national interest. He does not have the interest of the common man at heart. The Ondo Civil Workers are denied their rights and entitlements, the Pensioners are crying, OSUSTECH (Ondo State University of Science and Technology), Lecturers are lecturing without remuneration and teachers are teaching under duress. Many people in the state are just enduring Mimiko’s government and yet he claims to have decamped for the interest of this same cheated people. Who is fooling whom?

Dr Mimiko, that callous speech you gave fluently on your return from a place in the sun was a slap on your integrity, disgrace to your political posterity and an affirmation of the dead conscience that lives within you. To all intents and purposes, Dr Mimiko is on assignment from the Presidency. His assignment is to achieve the party’s dream of reclaiming the South Western part of Nigeria come 2015. On top of this, he is to secure Ondo state for PDP come 2015 general elections. That is what he meant by “national interest.” How does the selfish interest of a man turn out to become a national gain? What trust has he brought to the table of national development to justify this claim? Without mincing words, Dr Mimiko has hidden agendas linked with the many untold stories.

The erstwhile governor of Ogun state, Mr Gbenga Daniel also followed the example of his political friend, Dr Mimiko, by forming a strategic alliance needed to achieve the South-West dream of the President. President Jonathan’s two-day visit to Lagos State recently gave a clear indication of his obsession about winning the South West come 2015 general elections. In fact, the PDP’s plan to make Chief Olusegun Obasanjo change his course is an affirmation of Jonathan’s fright of losing the South West again to the dominant All Progressive Congress (APC). As it stands, Jonathan’s game plan might end up killing his fortunes. The cosmos knows that the Gbenga’s of this world do not have the political landscape to win Ogun state for the PDP neither do Dr. Reuben Abati have the languid speech to raise the needed support for Mr Jonathan’s credibility and expertise among the illiterate electorates. How will a thief speak against thievery? How will he convince the well-informed people of Ogun state that Mr Jonathan is not a corrupt leader? When, my President is collaborating with identified mafias to achieve the reality of “I HAVE AN AMBITION.”

The emergence of Dr Mimiko and Mr Gbenga Daniel as active instruments for a regional change is a dent on the EFCC (Economic and Financial Crimes Commission) and everything it claims to profess. These men of questionable character have benefited seriously from the exploitation of an unjust system. It is crystal clear, the good ones are gone but they ended gloriously, and the bad ones also lived but ended up as villains. The ones with impeccable character are but a few, the ones with high level of integrity, dexterity and honours do not have the political might that fits in to the scheme of identity politics. What remains for South West in terms of honour and prestige is the relic of her old self.

Dr Mimiko is a liability to the Yoruba race, same as Gbenga Daniel. Nevertheless, it should be noted that the desperation of Jonathan as regards winning 2015 general elections is akin to Sheriff’s affinity for power back then in Borno state. Sheriff had an agreement with Muhammed Yusuf in a bid to win the election back then. That agreement introduced us to the insanity of ideologies. It was that infamous dreaded group of yesterday that has become an agent of threat to the sovereignty of our nation today. Today, Insecurity has become a normal norm. All these are rewards of striking a pact with the son of perfidy. My president, Dr Mimiko and Mr Gbenga Daniel might end up forming another destructive bond in the southwest, the one our unborn children are not aware of yet, and will suffer from it. These men of perverse ideas are diseases that could stunt our growth and all round development in the South Western part of Nigeria if not vaccinated. The North Eastern part of Nigeria has become a relatively safe haven for the Boko-Haram. The economy of that region has degenerated and today, the rest of their misfortune lies in the cocoon of history.

Before we destroy the future of the South West and even Nigeria, it is high time we destroyed her destroyers. It is the ripe time to cast her traitors to the lake of neglect and irrelevance, perhaps, the best time to redefine its destiny. My president, you will win some part of southwest but not the whole of it, you will win Ondo state, not because of Uncle Segun but because of the strong structure, the PDP had built courtesy of the late Dr Olusegun Agagu and its back up. Get rid of Dr Mimiko, he is a betrayal, get rid of Gbenga Daniel, he garnered riches with dirty tricks. They both have bad reputation. Otherwise, forming a partnership business that precedes deeds of agreement with liars would determine your level of cluelessness. The one you rejected with all sense of seriousness. More importantly, my president, help me congratulate Mr Ayodele Fayose on his inauguration as governor of Ekiti state but tell him to rewrite his soiled name with seed of good deeds like capital projects, youth empowerment programmes and laudable programmes that will impact the pauper man on the streets of Ekiti because therein lies respect earned and not begged for from the people. However, help me greet Uncle Segun with a question, who killed the leader of Ikale land? My President Sir, if question begets question in the form of, “who told you?” simply tell him it is the Common Man on the street of Ondo State.