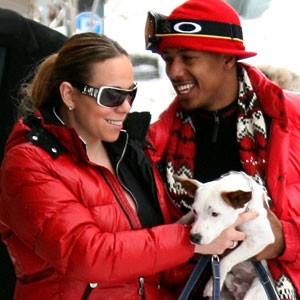 Mariah Carey’s dogs might be packing up their leashes and heading over to Nick Cannon’s house in the very near future. The dogs of the famous couple have been an element of contempt and the custody of the pets are now being considered as Mariah Carey and Nick Cannon get a divorce. According to Madame Noire on Sunday, the two stars are working out the details for the pet custody.

Mariah Carey loves her dogs and she loves to share the news of the pets with her dogs. As the fans know the names of the animals, each offer a different part of Mariah’s life. The unique names of the dogs in the custody battle are the Good Reverend Pow Jackson, Mutley P Gore Jackson The Third, Jill E Beans, Pipitty Jackson, Cha, Jackie Lambchops, JJ and Speak E Beans.

The site Life and Style Magazine reports on Sunday that the singers reached a settlement over both their joint fortunes and the custody of their children, they reportedly could not reach an agreement when it came to their canine friends. With eight dogs to consider, the hassle of shuttling the pets back and forth might be a bit much for two very busy entertainers.