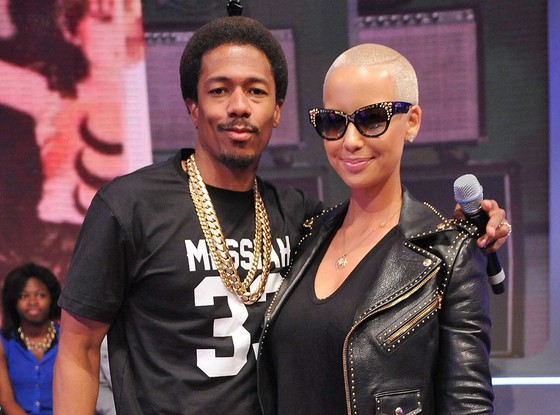 First it looked like Amber Rose was into Nick Cannon. Then she threw everyone off the trail by grinding on Nick Simmons, but the two were spotted alone lately.

Cannon and Rose hit up Knott’s Berry Farm Friday night in Buena Park, CA and they were spotted in the front row of Xcelerator — with all the rows behind them apparently cleared out for some reason. Now we know it’s just a ride, they’re not walking hand-in-hand or anything but it’s still pretty telling that the two of them went to a theme park together, alone.