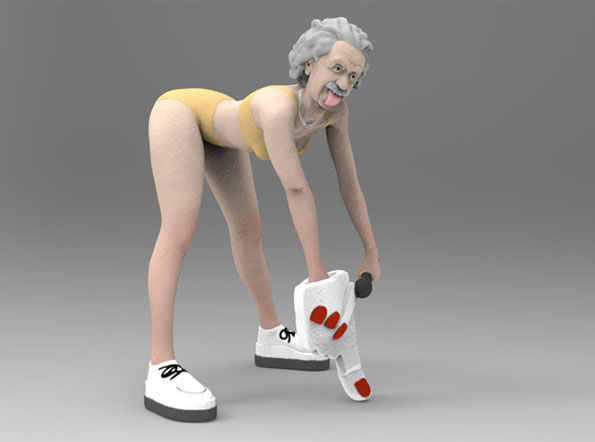 So i was gonna publish and talk about this for over one week, but i realized i didn’t want be the Mr Judgemental victim for the week to be one who her response to my judging her would be to twerk over chris brown pls dont judge me song as her reponse to this. But after careful analysis over the weekend, i decided rather allow my thoughts and self discussion to end with me, i should pop out the discussion to other people who i know would have had the same thoughts like me . Enough of my talking like this whole article is about a thought i am never going to let out. My views are on our Nigerian sister Lilain from the BBA HOTSHOTS HOUSE, who the last few weeks has made me know twerking is a new super power. All day all night sister would twerk without reason ”Lilian report at the diary room” she twerks there. If she could generate power from the amount of time she had to pound that waist in the name of twerking we would probably have constant supply of power for her local government in Nigeria from her waist from the amount of time she goes twerking all over the house .

This isn’t me becoming bad belle, (Even i am a bad belle is that not what #MRJUDGEMANTAL is about?) but if we ask Nigerians what memories do you have of aunt lilian as i love to call her in the house many would agree that we saw her back side more than we saw her face. Should we not just replace her face on her international passport ? Because even in her sleep she would twerk and twerk , twerking over boys and giving them erections that they wouldn’t need during those day hours in the big brother house. 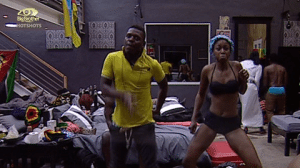 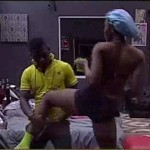 We have known twerking to be the real cool for some ladies including some american stars loving it and been their trademark move for male fans with Miley cyrus been chief among the twerking queens ( this is story for another judgemental day ).

Back to sister lilian now that she is out of the big brother house for good, which is still a surprise to the fans of BBA. Because for crying out loud no Nigerian has been evicted this early on the show in the history of the BBA house. The other countries know with a Nigerian on the show you are always likely to see a Nigerian in the top 5,Even when we have a not so popular representative . It brings me to my question of why was lilian thrown away this quick? I can imagine the thoughts running through her mind when the host told her to leave the house, she must have been hoping this is biggies tricks he likes playing on housemates. She was so confident that her twerking would save her which to me was her only game plan, with time she could have probably started a campagin  #TWERKFORVOTES. Its so glaring that Nigerians were not interested to see a girl twerk for a living and chose to keep their votes thereby keeping their money they would have spent sending text messages just to see lilian twerk shamelessly on international Tv

Why wont Nigerians decide to stand for her? I forgot they had just been in the house for two weeks and a Nigerian is out already? Or is the politics of Nigeria affecting our participation in south Africa then we should expect Tayo home soon then. A Nigerian that had more energy than the other contestants that have ever gone for BBA only tells me that even twerking couldn’t save aunty lilian now that shes out of the house i wonder who would ever think about using her for ambassadorial roles as other counterparts have become in Nigeria and other countries amongst all. Coming home this quick to us nigerians feels like a failure on the part of Nigerians because we are Nigerians and the giants of africa and are expected to atleast by at the tail end when the honors list are been reeled out at the end of international events . I hope Nicki minaj got to at least get to watch her twerk because her twerking abilities would dwarf the abilities of the girls who have ever twerked for Nicki in the past that would mean she would probably sign her up for anaconda video part two because the original girls in the first video would come to Aunty lilian to come learn the art of twerking . My only joy for her is she would get many videos as a video vixen in the Nigerian music industry where we see more backs than faces in the videos ( Ask olamides Story for the gods and timayas UKWU) But Aunty lilian u might need to go increase that back side a little, you can call Toolz for the angels number  that added plenty for her for your market to sell because i guess thats what the Nigerians boys had a problem with please while going take mocheda along as a sister that cares thanks.