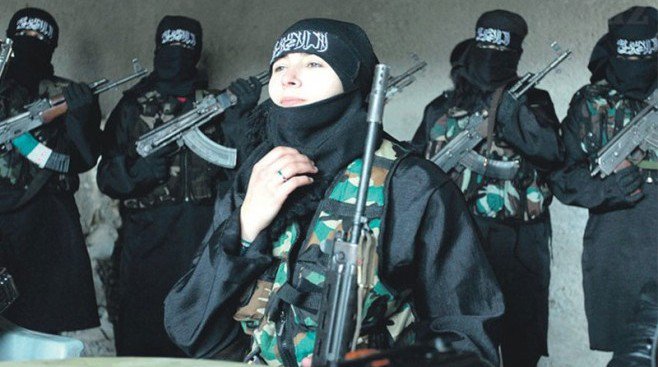 Last week, three teenage girls from America were picked up in Germany as they attempted to travel halfway around the world in order to join ISIS. A father of one of the girls, Assad Ibrahim, had been in touch with his daughter on Friday, after her school called to tell him she never made it to class that day. The teenager told her dad that she was just running late, but failed to come home that night. The other two, who are sisters, claimed they were at the library when their dad, Ali Farah, called. The three girls were reported missing soon after.

The parents discovered that the girls’ passports and about $2,000 in cash was missing. They contacted the FBI, suspecting (correctly) that their daughters were en route to Turkey. The agency was able to put a notice on the three passports, according to CNN, which led to the girls being turned straight back to the U.S. after they arrived in Frankfurt, Germany.

The oldest girl, 17, had reportedly been planning the trip for several months and recruited the two younger girls. The FBI is now working to understand who was helping the girls in their research and who recruited them to join the movement. Their parents believe ISIS reached out to their daughters directly, the way any online predator might.