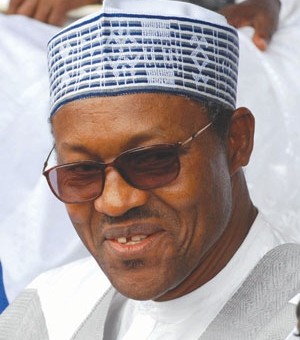 A Call to my Constituency, the Church, to Vote Gen. Muhammadu Buhari in the Coming Elections

In this article, I will be calling on Christians to vote for the person of General Muhammadu Buhari (rtd) in the forth coming Presidential elections in Nigeria. I am a fellow Christian; a minister of the gospel, who is however convinced that a person like Buhari is one who has the leadership potentials to lead Nigeria out of the unfortunate situation we have found ourselves as a country. I do not know the General personally and I have not been paid by him or his associate to write this.

The Nigerian political melodrama is shoring up three individuals that are likely to be the leading candidates for the Febuary 14th, 2015 presidential elections. They are the incumbent president of the nation, Dr Goodluck Ebele Jonathan, Alhaji Atiku Abubakar and Gen. Muhammadu Buhari. Atiku and Buhari are likely to square it out at the All Progressive Congress (APC) presidential primaries, and the political permutations give Buhari the advantage because of his popularity with the leaders of the party. Therefore there is the high probability that the 2015 presidential elections shall be a repeat of the 2011 one that was between Jonathan and Buhari. I hereby state ten quick reasons why Buhari will excel as presidentnt ofNigeriaa.

A friend, Bayo Adeyinka, has enumerated ten reasons why President Goodluck Jonathan should be re-elected into office (http://www.bayoadeyinka.com/bayoadeyinka/index.php/entry/goodluck-jonathan-a-balanced-scorecard-by-bayo-adeyinka). These points cannot be disputed and they are commendable indeed. The only trouble with these points is that Nigerians must come to learn that there is a difference between a government’s responsibility and its achievements. If government build roads, pay salaries, refurbish the railway, build schools, and permit some stability for the economy, that government has carried out its duties or its responsibilities. It is when that government has done high and above these things enumerated that we can say that government has achieved something upon which it could be considered for re-election. When we consider two things: the speed with which nations are advancing and the amount of resources this country gathers as revenue year in year out, we must of a necessity hold any government in power responsible for not achieving anything. We should not be found praising them for carrying out their responsibilities.

Unfortunately, two things act as Achilles’ for the presidency of Goodluck Jonathan. They are violence and corruption. The Boko Haram insurgency and the inability of the government of Goodluck Jonathan to quell their activities continue to be a major minus for this administration. For the first time since the Civil War in this nation, a section of the country has been annexed and taken over by religious militants with uncountable number of Nigerian citizens being killed every day in the north-eastern part of the country. Jonathan, as commander-in-chief of the armed forces, has not been able to rally them to end this continual dissemination of a section of the country. In fact, many political watchers claim that the president is way too weak to handle the situation and the insurgents seem to have discovered this and are taking advantage of it to the full. Since Goodluck Jonathan came into office in 2011, the country has not been able to celebrate it annual Independence ceremony in public for the fear of attack from insurgents. Despite the havoc Boko Haram has wrecked on the North Eastern part of the nation, Jonathan has only visited them once; and even that was a political statement to stop those criticizing him when Governors in the opposition went and walked the streets of Maiduguri. In spite of the call on the president to show sympathy to the people of Chibok, who lost over 200 of their girls to insurgent activites in Borno State, he has not visited them; citing security reasons. The long and short of this all is the truth that Jonathan has failed to make Nigeria safe and should not be permitted another four years in office.

Sometimes ago the Speaker of the House of Assembly was compelled to say that the body language of Mr. President lent support for corruption in the land. The President will later support this position himself when he declared that “stealing was not corruption.” If stealing is not corruption, what else could it be? This government has shown great laxity towards matters of corruption, especially those that involve individuals close to the President. The minister of Petroleum, Diezani Allison-Madueke has continually been fingered in one corruption case or the other, but this government has refused to beam any search light on her activities. The NNPC, were she exercises oversight, is brimming with allegation of corrupt practices. The President himself was recently alleged to be worth $100 million dollars by an online news outfit. This allegation had to be dropped after the presidency threatened legal actions against the outfit. Nevertheless many Nigerians argue that anyone could come to any conclusion on how much Jonathan is worth considering the fact that he has refused to declare his assets in public. A question to which our president has responded that he does not give a damn about answering. In this light, Rudolph Okonkwo of the Saharareporters, stated that the President was worth $120 million and he also said that he was ready to be sued for his assertions (http://saharareporters.com/2014/10/14/sue-me-jonathan-youre-worth-120-million-dollars-least-rudolf-ogoo-okonkwo). Since Jonathan came into power, the two apparatus of government that were set up by the administration of Gen. Olusegun Obasanjo to curtail corruption, the Economic and Financial Crimes Commission (EFCC) and the Independent Corrupt Practices and other Related Offences Commission (ICPC), have been rendered useless. The list is endless. A vote for Jonathan is a vote for corruption to continue to disseminate the length and breath of this country.

It is really unfortunate that the Presidential contest again might degenerate to a religious contest between Muslims and Christians like it did in 2011. I am calling on my Christians friends to rise above these religious sentiments in making the decision of whom to vote for in 2015. What is going on between Muslims and Christians is a simple case of rivalry between two prominent religions in the land. Christians should be blamed for not being political savvy enough to be at the forefront when political candidates for political parties are being selected. We should learn from this and become more politically involved in our nation. For now, we have a sincere, upright, disciplined and visionary individual in the opposition contesting against a supposed Christian; and we should be found making the decision to vote for the Muslim above religious sentiments because we know that he would run our country well. Let us remember that it was a non-Jewish King, the person of Cyrus, that God used to bring Israel out of the political and economic captivity they were in at Babylon. Today, Nigeria is in a similar situation and it might please God to use Buhari, a Muslim, to save the Christian church, resident in Nigeria, from another political and economic captivity.

I am again calling on my Christian brethren to vote for Buhari. I use this opportunity to call on Tunde Bakare and the Save Nigeria Group to again rally behind the General, like they did in 2011, to see to it that he is elected into office. The All Progressive Congress (APC), the political party under which the General is running, is not a perfect body that consists of saints. There are indeed individuals there whose records in public office are questionable. But like it has been said so many times in many forums in this country: the problem of Nigeria is a leadership one. If we can endeavor to elect a leader that has integrity, discipline and vision, the team that will work with him will have to follow suit.

Vote Wisely. Vote Gen. Muhammadu Buhari come Febuary 14th, 2015 as President of this country. And may God bless the Federal Republic of Nigeria.