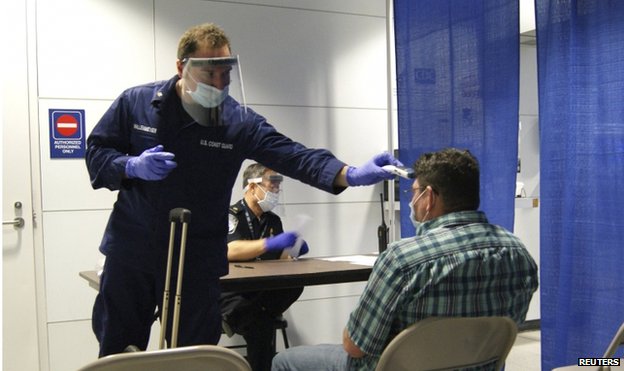 New US rules requiring air passengers from the three West African countries worst hit by Ebola to travel via one of five airports are coming into effect.

Travellers from Sierra Leone, Liberia or Guinea must now arrive at O’Hare in Chicago, JFK, Newark, Washington’s Dulles or Atlanta, where they will undergo enhanced screening.

Travellers from these countries will have their temperatures checked as part of screening programmes, despite experts warning such moves are unlikely to have an impact.

The new security measures come as public concern grows in the US, where three people have been infected and one person has died from the virus.