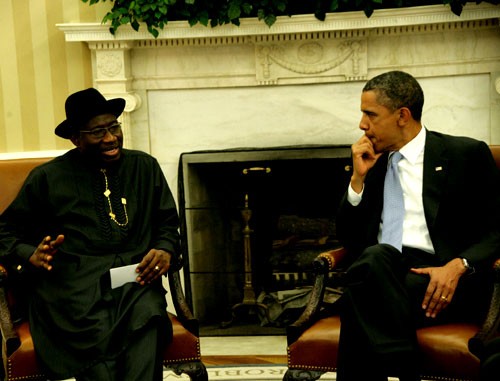 When the first case of Ebola was discovered in Nigeria this summer, Jeffrey Hawkins, the U.S. Consul General in Lagos, said that an outbreak there could become an “apocalyptic urban outbreak. The last thing anyone in the world wants to hear is the two words, ‘Ebola’ and ‘Lagos,’ in the same sentence,” Hawkins said in July.

Americans yawned, assured that if Ebola did somehow make it to their shores, the world’s richest country would swiftly and easily eradicate it from its borders. “The United States had overconfidence in their ability to stop it,” said David Dausey, a Yale-trained epidemiologist who works on controlling pandemics and who is dean of the School of Health Professions and Public Health at Mercyhurst University.

However, Hawkins and others had plenty of reason to worry about Africa’s most-populous country, Nigeria, which had 20 Ebola cases and eight deaths. Lagos, with some 21 million residents, is the continent’s biggest city.

In addition, 49 percent of Lagos state’s population lives in poverty in slums with little sanitation. Making matters worse is that doctors discovered an Ebola case in Port Harcourt, another extremely poor area where the majority of people live in shanties with almost nonexistentsanitation (keep in mind, the disease is spread by bodily fluids).

And it was not just lives at risk. As FP reported in August, an outbreak in Nigeria had the potential to devastate West Africa’s economy.

Nigeria seemed like the ideal petri dish for the virus to grow. That’s what makes the World Health Organization’s announcement that “Nigeria is now free of Ebola virus transmission” a massive relief in the fight to stop the pandemic that began in December 2013.

That WHO announcement reveals an organization that seems to be in disbelief. In a situation assessment, the WHO called it a “spectacular success story” that prevented “potentially the most explosive Ebola outbreak imaginable.”

First, a bit of luck: Nigeria’s “patient zero,” a man from Liberia, collapsed in a Lagos airport, making it easier to identify those exposed to the disease.

“What helped Nigeria is that they quickly traced the source of the virus,” said Richard Downie, an expert on Nigeria at the Center for Strategic and International Studies. “The fact that he collapsed in the airport was good luck in a good way.”

However, Downie credits Nigeria, a country not known for coordinated or effective action at the national level (see the fight against Boko Haram), for what came next.

“What impressed me the most about the response, and somewhat surprised me given Nigeria’s track record in dealing with other crises, is that they were so thorough about it,” Downie said. “They quickly amassed a list of anyone who may have come into contact with the index case. They hit the streets. They had a fast response, came up with a plan, and did the legwork on the ground.”

According to the WHO, the public-health community knew an outbreak in Nigeria was a potential disaster. As soon the first case was discovered, the WHO, the CDC, and other government officials “reached 100 percent of known contacts in Lagos and 99.8 percent at the second outbreak site, in Port Harcourt, Nigeria’s oil hub.”

Isolation wards were then created, followed by treatment facilities. People who tried to escape were digitally tracked and returned to isolation. Doctors Without Borders and the WHO quickly trained local doctors to treat the disease. And while Nigeria’s public-health system is poor, it’s not nonexistent; aid groups have been working to eradicate polio there for years.

“People began to realize that contracting Ebola was not necessarily a death sentence,” Shuaib said. “Emphasizing that reporting early to the hospital boosts survival gave comfort that [a person] has some level of control over the disease prognosis.” Shuaib added that keeping Nigerian borders open — the opposite of a strategy being thrown around in Washington right now — helped to contain panic.

On the other hand, the United States has done almost the complete opposite of Nigeria. It took 11 days to diagnose Thomas Eric Duncan with Ebola after he was turned away from a hospital six days after the Liberian’s arrival in Dallas. Amid questions about whether medical personnel were properly trained to treat the disease, two nurses who treated Duncan, Nina Pham and Amber Joy Vinson, contracted it. Vinson was allowed to travel round-trip to Cleveland, despite reporting a fever to the CDC, which has been on its heels since Ebola arrived in America.

Meanwhile, the political efforts to reassure the American public have been inconsistent; on Friday, President Barack Obama appointed Ron Klain, a political operative with no public-health experience, to coordinate the government’s response. The Pentagon created a 30-person medical personnel team to train people to treat the virus. Politicians continue to call for a travel ban, while cable news covers the three cases as if they represent a national outbreak.

Nigeria’s success “is a first-class effort,” Downie said. “There’s a lot here for other countries to learn, including the United States.”