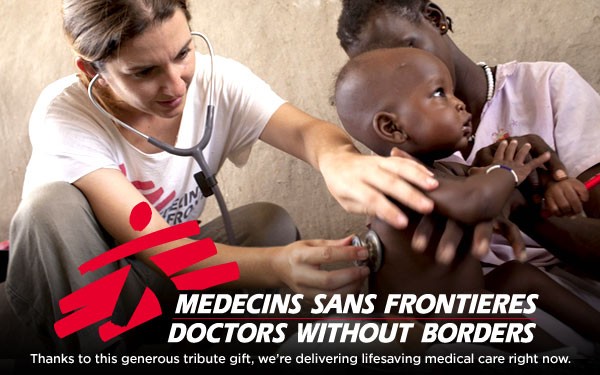 International aid organization Doctors Without Borders said that 16 of its staff members have been infected with Ebola and nine of them have died.

Speaking at a press conference in Johannesburg Tuesday, the head of Doctors Without Borders in South Africa Sharon Ekambaram said medical workers have received inadequate assistance from the international community.

“Where is WHO Africa? Where is the African Union?” said Ekambaram who worked in Sierra Leone from August to September. “We’ve all heard their promises in the media but have seen very little on the ground.”

Four of the organization’s medical workers who had just returned from Sierra Leone and Liberia said they were frustrated, “chasing after the curve of the outbreak,” according to Jens Pederson, the aid organization’s humanitarian affairs adviser.

While donations often focus on medical supplies, Pedersen said psychological and social support were just as important for patients who were isolated from their communities and who had lost many of their own relatives. Demonstrating the hazmat suits worn during treatment, doctors said it is difficult to build a relationship with patients with only their eyes visible between a heavy duty mask and hood, blurred behind thick goggles.

The number of those who have died from Ebola is probably an underestimate because many families hide their sick and dying loved ones, said Juli Switala, a Doctors Without Borders staff member. More than 4,000 people have died from Ebola so far, according to the World Health Organization.