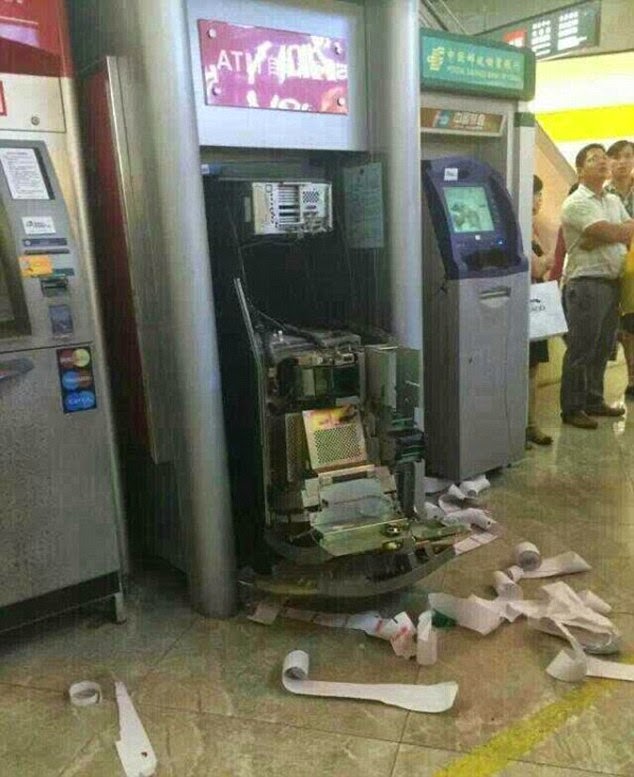 A Chinese woman angrily dismantled an ATM machine with her bare hands after she couldn’t withdraw money. The incident  happened in a shopping mall where  the woman stood next to the ATM mumbling to herself, pounding on the machine.“She also mumbled to herself that the ATM was her friend’s and that it’s was okay for her to break it.”

“After dismantling the machine, she even stood there as if nothing had happened, but was then taken back to the police station once police arrived,.. At the time, the woman’s manner of speaking and bearing both seemed notquite normal, so employees did not go forward to stop her, and only called the police as well as notify the bank to come and deal with the situation.