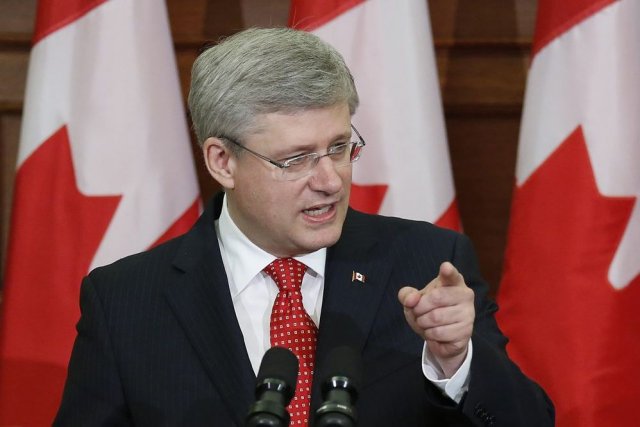 Canada’s prime minister has condemned the “brutal and violent” shooting of a Canadian soldier in Ottawa and a hit-and-run that killed another soldier earlier this week, saying the incidents are grim reminders that Canada is not immune to terrorism.

“But let there be no misunderstanding, we will not be intimidated,” Stephen Harper said in a televised address to the nation late on Wednesday.

Harper said the attacks would not deter Canada from working with international allies to fight terrorism around the world, and vowed to go after those who are involved.

“This will lead us to strengthen our resolve and redouble our efforts, to fight against the terrorist organisations who brutalise those in other countries with the hope of bringing their savagery to our shores,” he said.

Harper spoke hours after a gunman shot and killed a soldier guarding a war memorial then stormed the Canadian parliament before he was killed.

The prime minister was holding a meeting with party members in the parliament building as the gunfire erupted. Members of the parliament were also inside the building when the attack took place.

Canadian authorities and the media have identified the suspected attacker as Michael Zehaf-Bibeau.

The 32-year-old suspect was deemed a “high-risk traveller” by intelligence services, and according to media reports he recently had his passport confiscated.