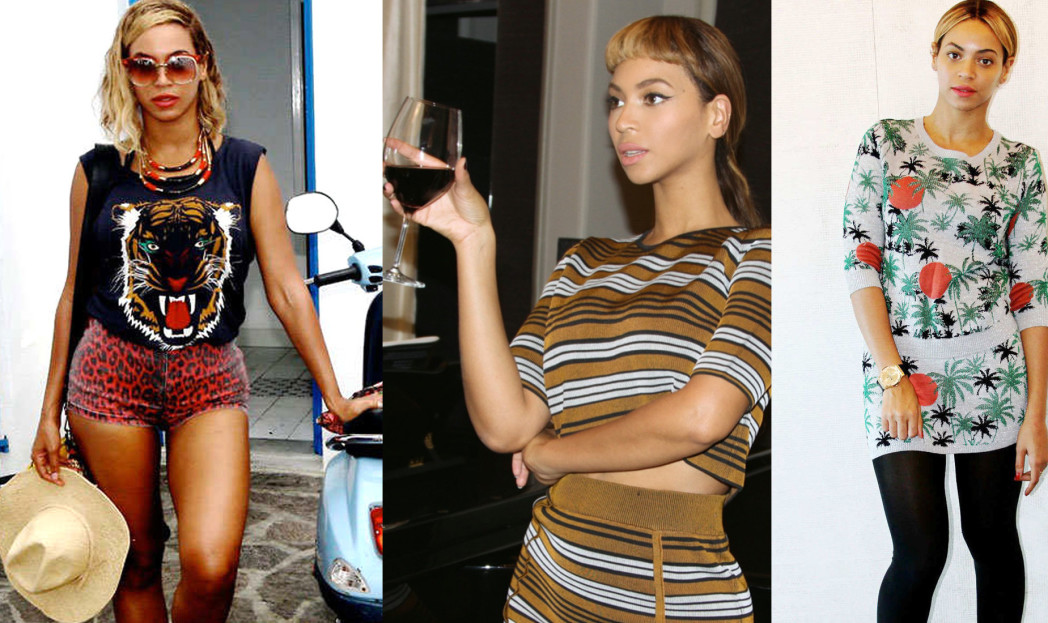 “This not a collaboration. This is about building a brand and building a business — a separate, proper business, with separate overhead and a separate office,” Topshop owner Sir Philip Green told WWD over the weekend. “We started talking generally, about doing something together. We’ve been looking at that [athletic] sector for a while. It’s something we need to be in. Based on what she does, how she works out, the conversation got into that category.”

Beyoncé added, “I have always loved Topshop for their fashion credentials and forward thinking.” And it’s true. The superstar is one of the London-based brand’s biggest fans. From the stage to the streets, she has represented Topshop quite well. After Jay Z’s wife stepped out in an A-line black-and-white dress in March,the $140 frock sold out immediately online.

Just last week, Bey sported a Topshop Compact Stripe Top ($68) with a matching skirt ($65) while cruising around London. The “Flawless” singer certainly has a penchant for representing affordable brands. Last year, she appeared in an ad campaign for H&M, modeling sundresses, short shorts, bikinis, and other items from the retailer’s summer stock.

“I’ve always liked H&M’s focus on fun and affordable fashion. I really loved the concept we collaborated on to explore the different emotions of women represented by the four elements — fire, water, earth, and wind. It was a beautiful shoot on a tropical island,” Beyoncé said at the time. “It felt more like making a video than a commercial.”

But Beyoncé’s athletic line won’t be available anytime soon. Look for the activewear label to launch in Topshop stores and online in fall 2015 at the earliest.