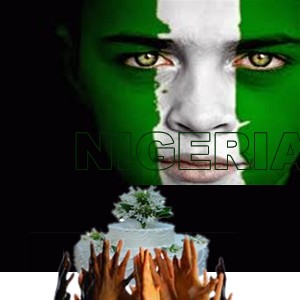 Sometimes we are prompted to quickly make some conclusions and decide as to whether to agree or disagree with a certain issue of public interest. One of such issues is the financial muscle which some of our political parties showcase in the conduct of their affairs. For some people, all politicians are corrupt since it is the same group of individuals at the party levels that eventually “select” the leaders we have today, while for others there are some “messiahs” who are available in some political parties who need to be given opportunities to rule. The issue of partisan politics is becoming a source of concern to observers who have noticed how the trend has shifted from what the individual can offer to what the party can offer. One question in this regard is “should we focus on what a political party has in store or what the political aspirant can offer and what do we stand to gain or lose in our interest in any of these parties? Anyway that’s a subject for another day. For now our focus will be on examining and finding out if our political parties are really corrupt.

Let’s start by taking a look at the material aspect of their activities. Most of these parties have their National Secretariats in the FCT. Although we know that not everywhere in this city is as expensive as that, but of course most parts are clearly out of the reach of the average earner. One therefore wonders how some parties are able to maintain gigantic edifices in some of the most expensive areas within this city. An average duplex can go for several hundreds of millions, how much more such party structures. Can we say that maintaining such party structures has been a collective function of its stewards at the Federal, state and local levels? Well, let’s hope not because even if it were so then we know that our politicians have created what can best be described as “political homage paying”.

Secondly, the people who constitute the political party give us a clue as to whether or not such a party is corrupt. Of course what can we refer to as a political party if not the people taking and making decisions in different areas within the party? From the national chairmen, to the publicity secretaries, to the chairmen and members of the board of Trustees can we conclude that none of these individuals has been indicted of any atrocious act even before taking up such positions. Numerous cases abound of how some of these top party executives have financially erred in non-political and other political positions they have functioned in. If a person embezzles several millions or billions while as a Minister, governor, Permanent Secretary, Special Adviser, Commissioner or some other position and a party absorbs him or her and writes off the previous crime, then we have a party that aids and abets crime. We can confidently say we have seen a corrupt party. Of course we all know some of these individuals in question.

One of the responsibilities of any political party is to give equal and unbiased opportunity to anyone interested in a political position. However this is not the case. We have continuously seen how several individuals have been recycled severally into various positions. One individual can be a Senator, later a governor, then a Minister, afterwards an Ambassador and the recycling continues. One question is pertinent: Is it that such a person is so qualified or that there are not other qualified people? It’s really a big issue. One of the indicators of success as put forward by a friend of mine is to be able to adequately equip younger people for leadership positions; in this area our parties have failed.

Lastly, the ideological position of our political parties is a major source of concern. It clearly seems that wanton show of wealth is what these politicians seek to deliver. Having attended some political fora series of questions have had the course to run through my mind. One of such is that how can one possibly explain it that some top party members are chauffeur-driven in very expensive cars along with scores of motorcade? With whose money are all these arrogant show of flamboyance maintained? Although some say the issue of “Godfatherism” is gone, but in addition to the above we have seen how powerful the preference of a top party leader can be in the “election” of political aspirants. Even when these aspirants occupy their anticipated positions, one can easily identify the large chunk of loyalty such politicians give to their party and its leaders.
Perhaps, we need to remind ourselves of what government and administration are. Our politicians should also understand whom their allegiance should be to and reduce cases of intentional misplaced priorities.